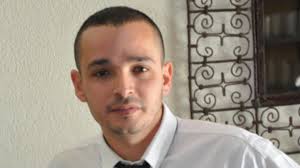 IDF soldier Sgt. Shlomei Cohen HY”D, 31, was killed this week by cross border sniper fire from Lebanon. The IDF is now investigating why the soldier was driving in the hostile border area without a helmet and in a non-protected vehicle. Regulations demand a minimum of two armored armed vehicles when moving in the area of the border outpost yet he was in a regular vehicle, traveling alone, without a weapon.

The preliminary investigation shows the soldier left the Haifa naval base and headed to the Rosh HaNikra command center carrying supplies for the outpost. 6-10 bullets were fired at his vehicle about 200 meters from the border outpost. Officials believe the lone Lebanese soldier acted alone. Cohen was not traveling on the primary road, which is what he should have used in line with regulations. These are some of the issues being probed by military investigators.

Israel has filed a complaint with the UN and the commander of UNIFIL forces in Lebanon as well as sending stern messages to Lebanese officials via international peacekeeping officials.

Lebanese Prime Minister Najib Mikati released an official statement that the soldier acted on his own and he will be held accountable for his actions. He added his government remains committed to maintaining calm along the border with Israel in line with UN Resolution 1701.

Sgt. Cohen, a senior level naval technician, is survived by his wife Mayan (26) and a 7-month-old daughter.