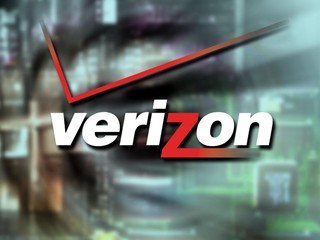 Verizon Communications Inc. says it will publish information on the number of requests for customer records it received from law enforcement agencies this year.

The announcement Thursday from the country’s largest cellphone carrier comes as debate over data-gathering by the National Security Agency intensifies in Washington. The NSA’s collection of hundreds of millions of Americans’ phone records under secret court order was revealed in June in documents leaked by former NSA contractor Edward Snowden.

Verizon says it will publish its report online early next year and update it twice a year.

A presidential advisory panel this week recommended sweeping changes to the surveillance programs. Those include limiting the bulk collection of phone records by stripping the NSA of its ability to store that data in its own facilities. Instead, the data would be required to be held by the phone companies or a third party.

Major shareholders of Verizon and rival AT&T Inc. demanded last month that the companies disclose their dealings with the NSA. AT&T responded in a letter to the Securities and Exchange Commission that it isn’t required to disclose to shareholders what it does with customers’ data. AT&T said it protects customer information and complies with government requests for records “only to the extent required by law.”

Asked about Verizon’s announcement Thursday and whether AT&T may be considering similar action, AT&T spokesman Mark Siegel said, “While we have disclosed a lot of information in this area, we are always exploring ways to do more.”

An opinion from the secret Foreign Intelligence Surveillance Court, which was declassified in September, said no company that has received an order to turn over bulk phone records has challenged the directive.

The opinion by Judge Claire Eagan spelled out her reasons for reauthorizing the NSA phone records collection for three months. Eagan concluded that the bulk collection of phone records does not violate the Constitution’s Fourth Amendment, which prohibits unreasonable search and seizure.

But a federal judge in Washington ruled Monday that the phone records collection is likely unconstitutional. The government is expected to appeal the decision by U.S. District Court Judge Richard Leon, who put his ruling on hold “in light of the significant national security interests at stake in this case and the novelty of the constitutional issues.”

The Obama administration has defended the program as a crucial tool against terrorism. The Supreme Court may well have the last word.