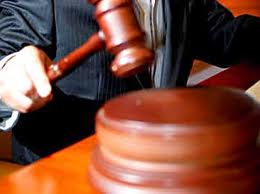 The story surrounds divorce proceedings between a couple and their dispute over the matter of giving their son a bris. The case made its way to the Rabbinical Supreme Court, which ruled the child must have a bris, informing mom she would be fined 500 NIS each day the bris is delayed. Mom decided rather than comply; she would turn to the secular Supreme Court, which has frozen the beis din’s ruling, permitting the bris to be placed on hold once again. The child in question is now a year old.

The ministry pointed out in the petition to the High Court that to date the High Court has always abstained from including the issue of how children are educated as part of a divorce ruling, which often results in children living two lives as one parent is Shomer Shabbos and the other is not. Hence, depending where they spend a particular weekend will determine if that weekend is one of Shmiras Shabbos or Chilul Shabbos.

The secular Supreme Court on Thursday afternoon 16 Teves 5774 issued the order overruling the Rabbinical Supreme Court, with the latter holding up the ruling of the Netanya Beis Din.

In response to an Israeli mother’s Supreme Court petition against Rabbinate, Hiddush-Freedom of Religion for Israel President Rabbi Uri Regev said, “the latest development in Israel’s circumcision controversy is another proof that we must end the Israeli rabbinical courts’ fundamentalist Orthodox monopoly over marriage, divorce, and custody battles (which have now come to include circumcision). Beyond the obvious need to review the rabbinical court’s order, It is high​ time to allow civil and non-Orthodox marriage and divorce, which are still not legal in Israel​.”

Regev noted that “the rabbinical courts have barged in on the traditional Jewish practice of circumcision like an elephant browsing in an antique shop. The decision, which should be exclusively based on ‘the best interests of the child,’ has been decided by such considerations as: circumcision is required to establish ‘the Jewish claim to the Land of Israel’ and ‘the procedure is necessary to prepare the Jewish soul for a life of Torah study.’ If anyone thought a religious court is the right place to solve this parental dispute,​ they should look at the rabbinical courts’ ruling, which proves otherwise.”

According to Regev, “The current government coalition has created a rare opportunity to adopt civil marriage and divorce in Israel and recognize marriage from all Jewish denominations. The latest developments in the circumcision case remind us how important it is to make the most of this opportunity before it is too late.”