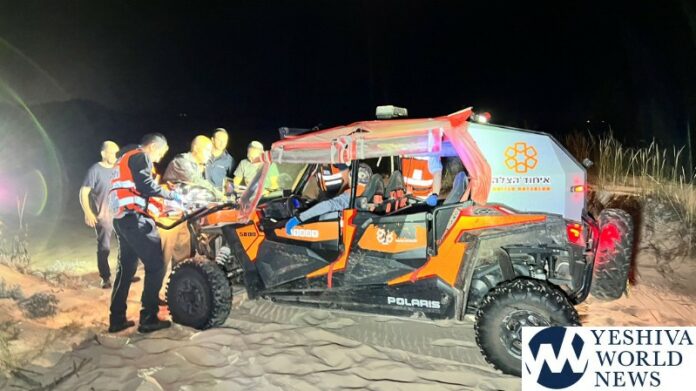 A man in his 20s was reported missing last night (Sunday) around 7:30 p.m. His last known whereabouts were on Nitzanim Beach near Ashkelon. Due to reports that he was in life-threatening danger, the police department asked for assistance in conducting search and rescue efforts in the area.

United Hatzalah volunteers from the region joined the search. Volunteers from Ashdod, Ashkelon, and even as far away as Sderot came to the beachfront and began searching the dunes for the missing man.

Nehorai Darshan, the Chapter Head of the Sderot and Sha’ar HaNegev region was one of the first responders on the scene. “I was on my way to the annual conference of the Halacha Department of United Hatzalah when I received a phone call from the chief operations officer of United Hatzalah asking for our help in searching for the missing man. The man’s last known location was somewhere between Ashkelon and Sderot on the beach. I updated Shimon Legossi, the Chapter Head of Ashkelon, and my deputy Yaakov Bar Yochai, who also serves as the spokesperson for the region. Yaakov sent out a message to the volunteers in the region and dozens came to join the search.”

Deputy Vice President of Operation David Krispel joined the efforts with a jeep and a thermal drone and the AVT came from Ashdod. Darshan added, “We met up with the police at the command center that they had set up on the beach and from there we began our search by land and by air, while police boats were in the water searching the waterline.”

After a few hours of searching a police helicopter noticed something out of place on one of the sand dunes and directed the United Hatzalah teams on the ground to the area. The man was found. Volunteers who arrived at the scene found home unconscious but breathing and began immediate medical treatment. Utilizing the ATV rescue vehicle, the man was evacuated to a point on the beach where an ambulance could arrive and transport the man to Barzilay Hospital. 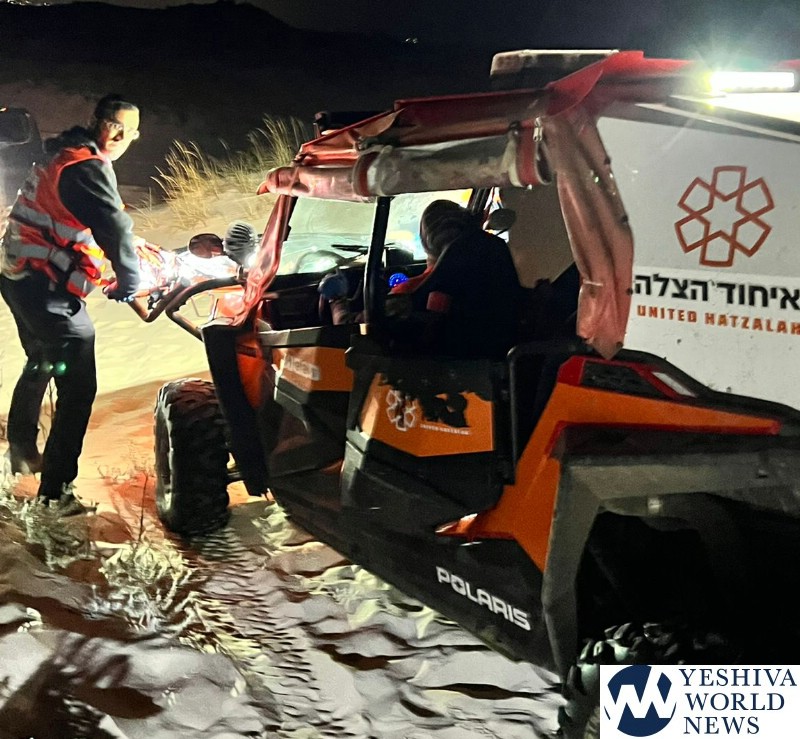 “I received many messages from the police thanking us for our assistance in helping evacuate the man from the beach while providing medical treatment at the scene,” Darshan said. “The search and rescue effort continued until 2:00 a.m. but our volunteers were up to the challenge and proved once again that they are always willing to do whatever it takes to save a life no matter where and no matter when. I am proud of each and every one of them.”