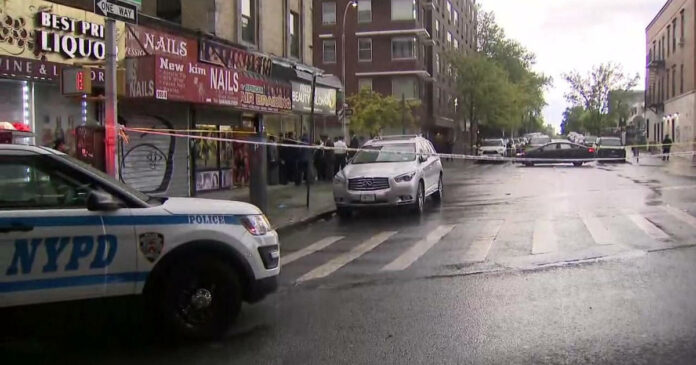 An 11-year-old girl was shot to death in New York City by a passenger on a motorized scooter who was firing at somebody else, police said.

The shooting happened just before 5 p.m. Monday in the Bronx, police said. Video released by the police shows a man running down a sidewalk being chased by two people on a scooter.

The passenger on the scooter fired several shots toward the man, and one of the bullets traveled half a block and hit the 11-year-old in the stomach, police said at a news conference late Monday. The girl was taken to Lincoln Hospital, where she died.

Police were seeking both of the people on the scooter as well as the intended shooting target. Deputy Chief Timothy McCormack, the commanding officer for detectives in the Bronx, said that tracking the scooter and the person who fired the shot would be “extremely difficult and time-consuming.” He added, “But we will track it down, and we will chase the scooter as far as it goes.”