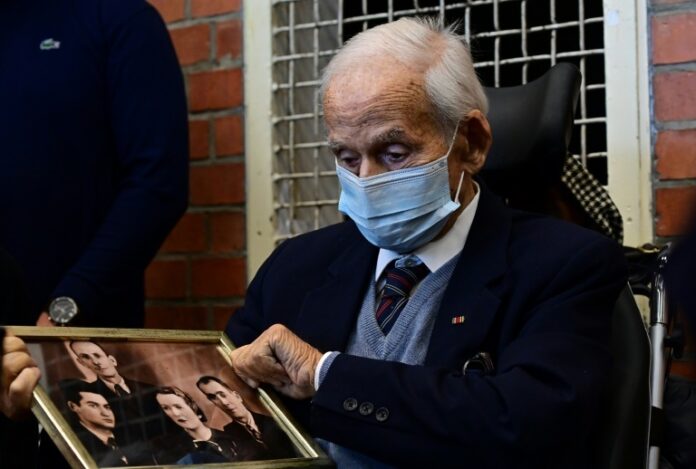 Prosecutors in Germany are recommending a five-year prison sentence for a 101-year-old former guard at the Sachsenhausen concentration camp who is charged with complicity in war crimes.

Josef Schutz pleaded not guilty and said he had nothing to do with the murders of 3,518 prisoners at the camp between 1942 and 1945. However, prosecutors allege that Schutz “knowingly and willingly” participated in crimes against humanity during his time as a guard.

Specifically, Schutz is accused of aiding and abetting executions by firing squads and the murder of prisoners by “using the poisonous gas Zyklon B.”

Over 200,000 people were imprisoned at Sachsenhausen, located near Berlin, between 1936 and 1945. Tens of thousands of them died from forced labor, hunger, medical experiments, and disease – besides for those killed directly at the hands of vicious Nazi guards through executions and gassings.

Schutz has not been imprisoned as his trial continues, and legal experts say it’s unlikely he will ever sit in prison, even if he is convicted. Still, the trial is symbolically important if nothing else.

More than 70 years after the Nazi regime was defeated, prosecutors are racing to bring the last few living Nazis to justice.