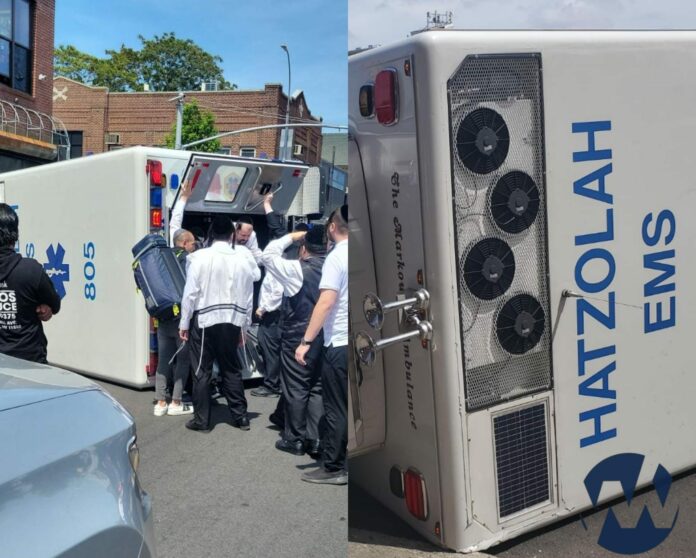 Sources confirm to YWN that the ambulance was on its was to an emergency at the time of the crash. There was no patient inside.

Two Hatzolah volunteers were treated by Hatzolah; both are in stable condition.

The cause of the crash is unknown.

Surveillance footage shows how the Boro Park Hatzolah Ambulance overturned this morning. Bichasdei Hashem, both members only have minor injuries. 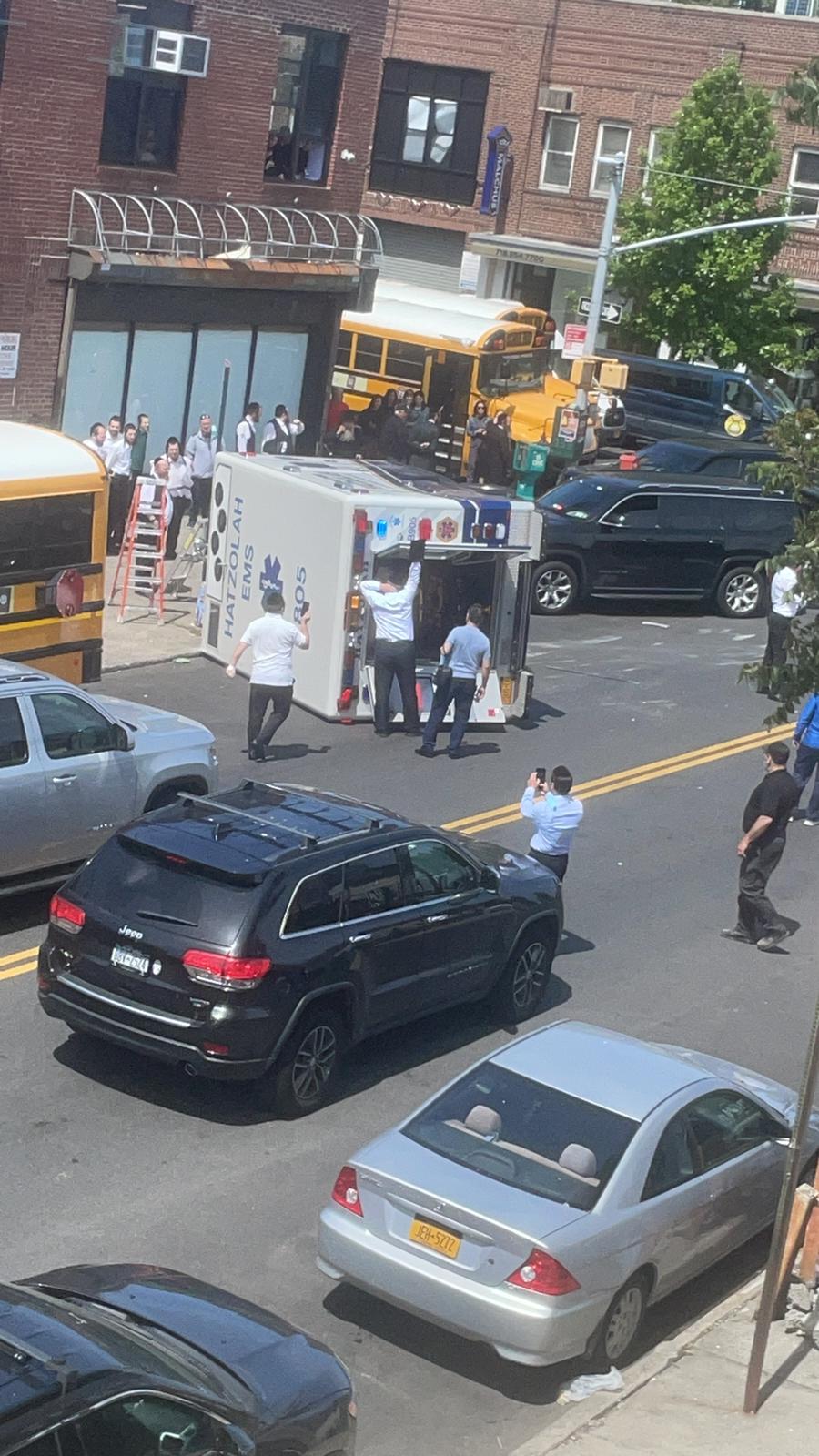 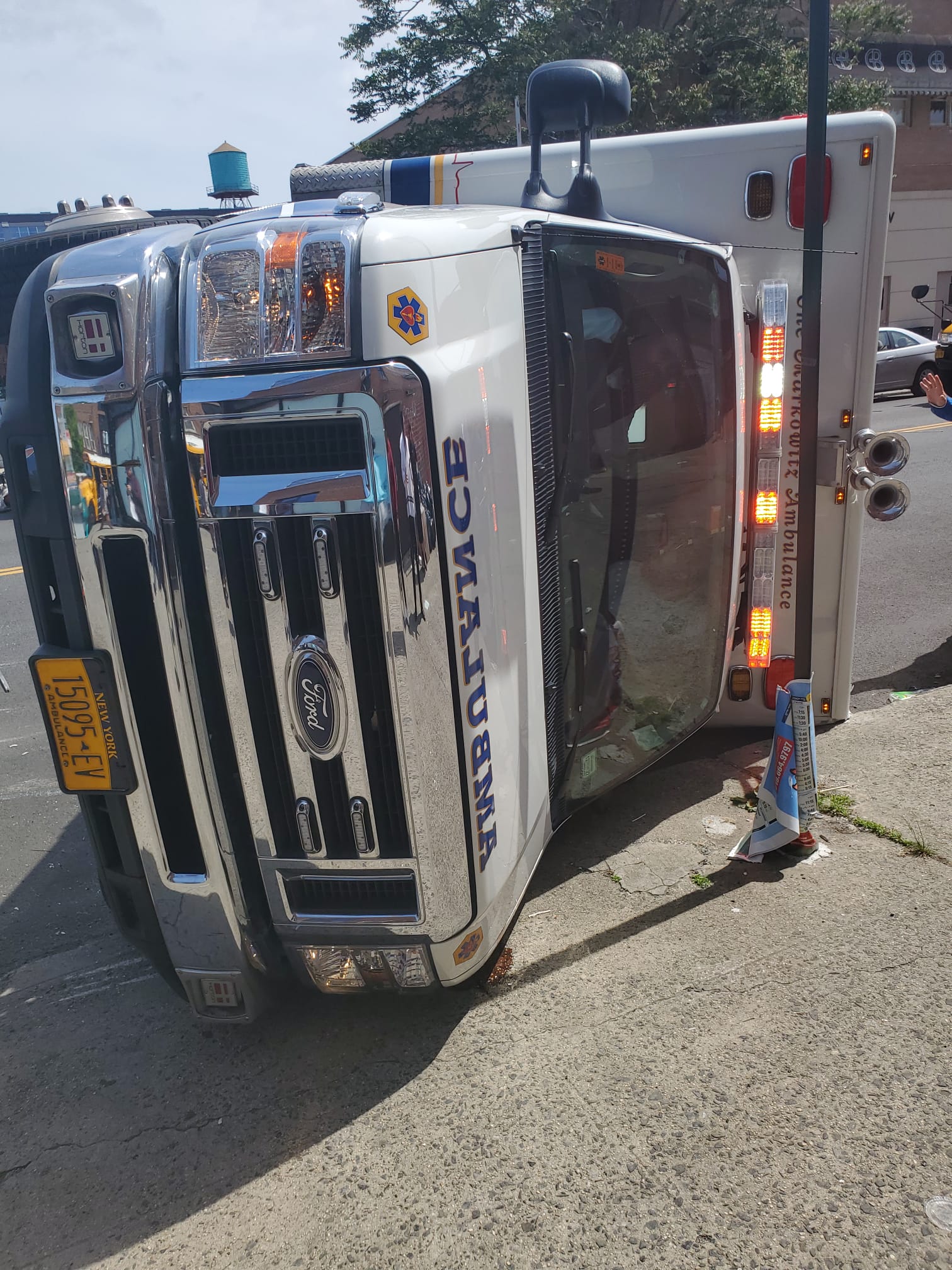