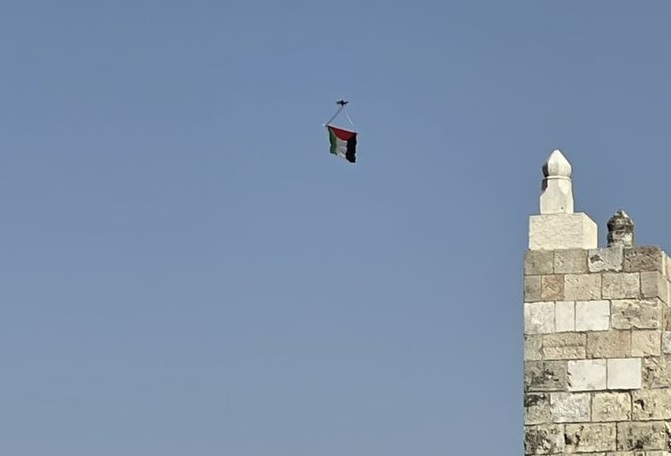 As thousands of Jews gathered at Sha’ar Shechem for the Jerusalem Flag Parade on Sunday, a drone with a PLO flag was seen flying in the air above the participants.

The police, who are on high alert, didn’t take chances and shot it down out of fear it was intended to sabotage the parade.

On Sunday morning, prior to the parade, violent conflicts took place on Har HaBayis and Sha’ar Shechem, where Arabs rioted. 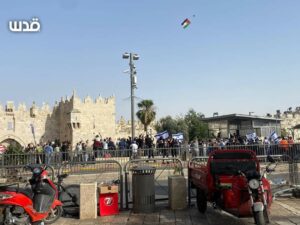 Arabs threw stones and glass bottles at the police and a Border Police officer was injured. Eighteen Arabs were arrested for disturbing public order, attacking police officers or civilians, and participating in riots.

Also, Arabs threw stones at Likud MK Miri Regev near Sha’ar Shechem, one of which hit one of her security guards in the head. He was lightly injured and was evacuated to the hospital for treatment.

Tens of thousands of people participated in the parade:

Opposition leader Binyamin Netanyahu visited the Kosel on Sunday morning and was thronged by supporters.