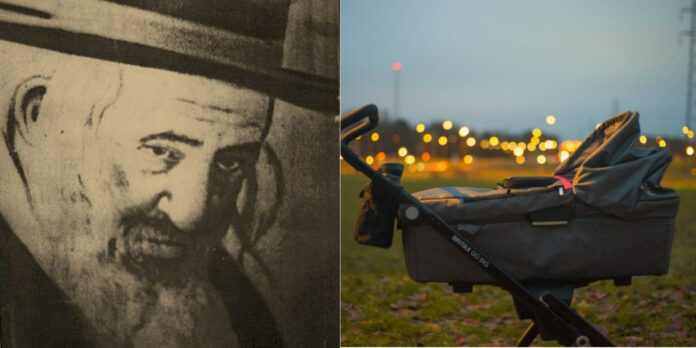 A hashgachas pratis story has been making the rounds in Beit Shemesh and was published in the pamphlet Hashgacha Pratis.

“An avreich who lives in a new neighborhood in Ramat Beit Shemesh told the story: “There are many Arabs working near my building on the still uncompleted buildings around me. There are many thefts so residents are careful to not leave anything outside. But there’s no elevator in my building yet and the residents of the top floors have no choice but to leave their strollers downstairs.”

“One day, one of my neighbors from the sixth floor knocked on my door and asked to make an urgent phone call. He said he left his stroller in the entrance to the building and ten minutes later realized he left his bag in the stroller. He had withdrawn money from the bank that day and inside the bag were his cell phone, cash, his credit card, and important documents. He ran downstairs but not only was his bag missing but the stroller was missing as well.”

“He used my phone to call his cell phone in the hope that someone would answer but it just rang and rang. He persisted and kept calling it over and over. Ten minutes later, a man who identified himself as a police officer called and said: ‘Did you lose a stroller?’ Shortly later, the police officer appeared with the stroller and the bag.”

“The police officer said: ‘I was driving near the exit to the city and I saw a group of Arab workers, including one hauling an expensive stroller. I stopped the Arab and asked him: ‘Where’s the stroller from?’ He responded: ‘I found it in the garbage.’ Of course, I suspected that he wasn’t telling the truth but I didn’t have any proof that he stole it so I couldn’t search him. Suddenly the phone inside the bag began ringing: ‘רבי ישעיה בן רבי משה פועל פאר כלל ישראל.”

“The police officer immediately understood that an Arab wouldn’t have set his ringtone to ‘Rebbe Yeshaya’ so he had his proof. He ordered the Arab to hand over the stroller and bag and immediately called back the last number on the phone.'”