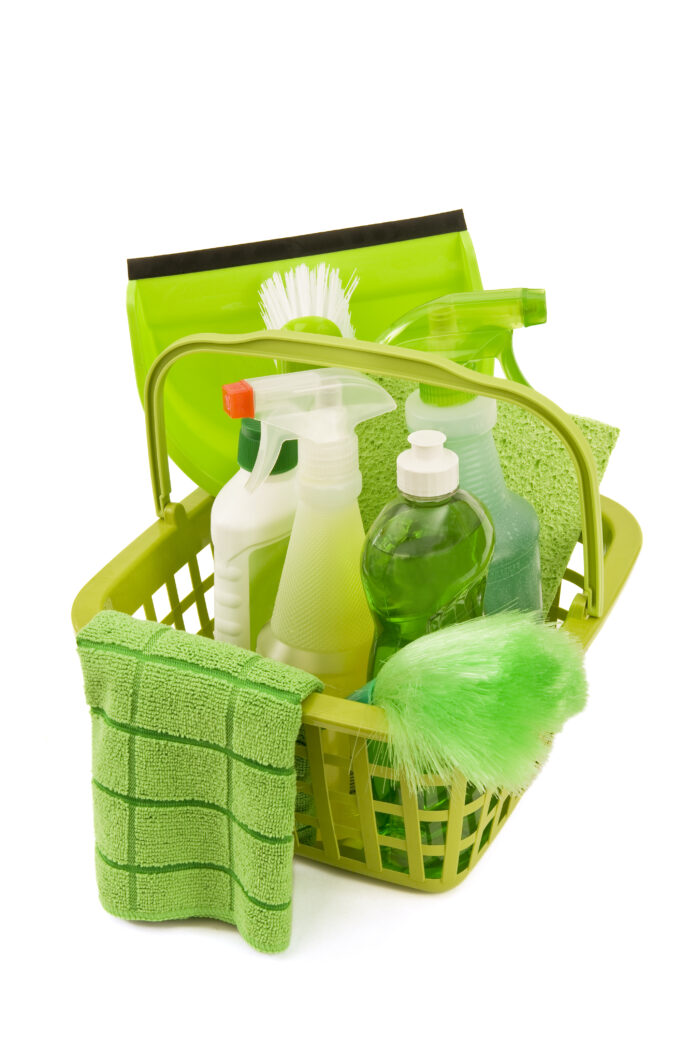 In the Chassidish world they are called the, “Shoolem Ba’as ladies.” Translation:  These are housekeepers that work on Fridays and or Shabbos to assist in the Shabbos cleaning and/or preparation.  Their presence reduces the pressure in many homes.

The topic gives rise to the following halachic question: The Gemara (Beitzah 15b) tells us that money we spend for Shabbos and Yom Tov is excluded from the predetermined sum we are destined to make that year. In other words, Hashem covers these expenditures.

The Gemara previously (Beitzah 12a) uses the expression, “Borrow on My account and I shall pay–lavu allai v’ani porei’a.” Hashem covers these expenses and He underwrites the costs.

But what does this exemption include? Does it include the cost of, say, hoesekeepers on Shabbos?

Rav Meir Brandsdorfer, zt’l, a dayan of the Eidah HaChareidis, in his Knei Bosem (Vol. III #13) writes explicitly that only food and drink are included. He cites as proof that the verse in the eighth chapter of Nechemia only mentions food and drink, and this verse is the source of the entire ruling. It seems then that housekeeprs would not be included–at least according to the Knei Bosem.

The Shitah Mekubetzes (Beitzah 15b) cites the Ritva’s view that all expenditures for mitzvos are included within this exemption. In other words, according to the Ritva, you get back any money that you spend on any mitzvah. The Gemara itself extends the exemption to expenses for Talmud Torah for one’s children and also rosh chodesh as well. Perhaps this might give precedent to be more inclusive of the Shabbos expenditures that are exempt.

Rabbi Daniel Kleinman posed the question to Rav Shmuel Kamenetsky, shlita, (Koveitz Halachos Shabbos Vol. page 11) as to whether purchases that one may consume on Shabbos but are not necessarily so are included in hotza’os Shabbos. Rav Kamenetsky responded that they are. Excessive or luxurious purchases, however, would not be included unless the person is on a remarkably high level of bitachon–a level that is not to be found in modern times.

Rav Kamenetsky further told him that hotza’os Shabbos include the cost one spends on electricity, water, and also Shabbos vessels and dishes. Even if he were to purchase a new suit for Shabbos and he planned on wearing it to a wedding as well, it would be considered a “deductible” expense. The one caveat is that the central reason for his purchase must be for Shabbos.

This author, however, would like to suggest that we can infer from the Gemara in Bava Kamma (9a), which says that hiddur mitzvah is only to one-third, that mitzvah items such as an esrog box would not be a fully deductible expense. This would indicate that the concept of hotza’os Shabbos and yom tov is limited to food and drink. However, the Ritva would also have had to understand the Gemara in Bava Kamma.

Rav Elyashiv, zt’l, seems to have a more nuanced view. The Shvus Yitzchak (section on electricity, 19:1) cites a ruling from Rav Elyashiv that the concept only includes tzorchei Shabbos and not luxuries. The Aruch HaShulchan (Orech Chaim 250:4) writes quite clearly, however, that purchasing more meat and wine are included in the expense exemption. Perhaps the contradiction could be resolved by assuming that only in regard to extra meat and wine do we say that they fit into the definition of tzorchei Shabbos–the needs of Shabbos.

Rav Elyashiv, zt’l, was asked (Vayishma Moshe p. 95) whether the costs of a generator are included in hotza’os Shabbos. He responded that they are because it is a necessity. He was further asked whether this included the cost of a generator to cool or heat up the home. Rav Elyashiv responded that it was only for lighting, but not for heating or air-conditioning. He was further asked if that applies to those people who almost absolutely require air-conditioning. Rav Elyashiv answered that for them it would be included.

Rav Yehoshua ben Alexander HaKohen Falk, (1555—1614) in his Prisha (OC 242:14) commentary on Shulchan Aruch, clearly indicates that there is a difference between food, which is covered, and vessels and other items, which are not covered.

Rav Nissim Karelitz zt”l in his Chut Sheini (Vol. I, pp. 46—48) writes that expenses for the Shabbos eiruv would also be exempted. Rav Karelitz also deals with the issue of purchasing from a more expensive store. He concludes that if it is within the person’s general budgetary means, then the more expensive local store is exempt, but if it is beyond what he would normally do, then it would not be included. He adds the caveat that even if it is within his means, it is only exempt if it would interfere with the person’s Shabbos preparations. [This author had posed this very question to a former chief rabbi of Israel and received the same answer.]

We can also perhaps see this idea from Rav Moshe Chaim Luzzatto’s explanation in his Mesillas Yesharim, chapterÂ 9. He writes that Rav Nachman would contemplate what he would do according to his means to honor another person. The operative term is “according to his means.”

On another note, Rav Chaim Kanievsky zt”l was asked (see Ohr L’Yaakov page 72) whether the exemption included guests who would have their own food to eat had they not been invited. He responded that these expenditures are also exempt.

WHAT YOMIM TOVIM ARE INCLUDED?

Rav Chaim Kanievsky zt”l ruled that Chanukah and Purim expenses are not part of the exemption (She’eilas Rav Vol. I p. 29). The costs for erev Yom Kippur meals, in this author’s opinion, would be included. By the same token, it would also seem to include the costs for the second day of yom tov in chutz la’aretz. What about someone who lives in Eretz Yisrael paying for the second-day yom tov meals of an American? This is a good question.

The Mishnah Berurah (252:2) writes that for whatever one purchases for Shabbos, it is worthwhile to verbally express, “I am purchasing this for the honor of Shabbos.” The Machatzis HaShekel explains that through the verbalized words, the holiness of Shabbos will enter into the item itself.

It seems to this author that there is a debate among the poskim as to whether the purchase of item other than food is included within the concept of hotza’os Shabbos expenditures. According to the Prisha, the Knei Bosem, and Rav Elyashiv, they are not included. If you want them, they must come out of your own money–not the free expenses that Hashem gives to you. According to Rav Shmuel Kamenetsky, shlita, if they are truly purchased l’kavod Shabbos, then they would be included.  Although one should pose the question to one’s own Rav or Posaik, it seems to this author that if it is the norm to do so during the weekday, it would be included in Hotzaos Shabbos as well.  This is only for the going rate of housekeeper costs in one’s community.