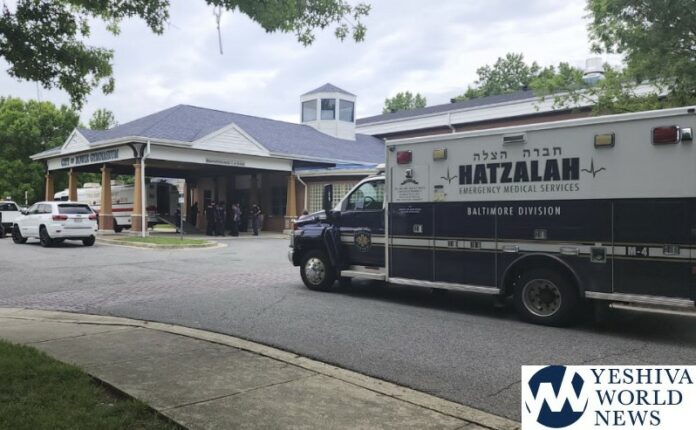 Baltimore Hatzolah came to the rescue on Tuesday after local emergency authorities were overwhelmed due to an explosion and fire that occurred in a senior living facility in Bowie, Maryland, the Baltimore Scoop reported.

The Prince George’s County Fire Department was called to the scene of a two-alarm blaze at the 112-resident Larkin Chase Center Senior Living Facility early Tuesday morning. Firefighters at the scene found smoke and an active fire in the kitchen area, prompting an evacuation of the home’s residents.

Due to the large amount of emergency personnel necessary for the evacuation, Baltimore Hatzolah was contacted by local authorities, who requested their members respond to the scene.

Hatzolah immediately dispatched ambulances and a number of members to the senior living facility, with the Hatzolah volunteers immediately getting involved with the rapid evacuation of the home’s residents to a safe structure.

Authorities say nobody was injured over the course of the incident, and the cause of the explosion and fire is still under investigation. The home has been closed due to safety concerns until further notice.

THIS STORY WAS FIRST PUBLISHED ON THE BALTIMORE SCOOP STATUS