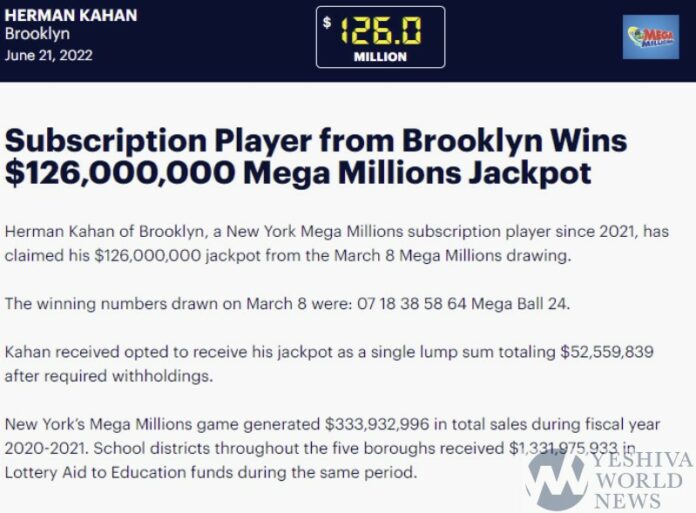 Social media exploded on Tuesday afternoon after a man from Brooklyn won a $126 Mega Millions jackpot, and everyone just wants to know who he is.

The man, named as Herman Kahan of Brooklyn, has been a New York Mega Millions subscription player since 2021, and claimed his $126,000,000 jackpot from the March 8 Mega Millions drawing.

The man chose to receive his jackpot as a single lump sum totaling $52,559,839 after required withholdings.

Photos of various individuals are already viral on WhatsApp – all of them confirmed to be false.

While all of our community detectives will be hard at work trying to figure out who he is, it will take one Tzedakah or Yerushalmi Meshulach two minutes to figure it all out.