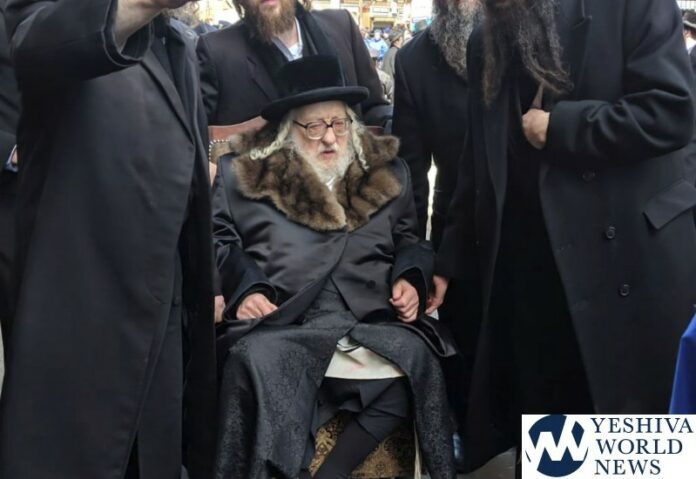 A Yom Tefillah has been set for today, Tuesday, for the refuah sheleima of the Rachmasrivka Rebbe, Chai Yitzchok ben Esther Rivka, who remains on a respirator and in critical condition as he battles pneumonia.

The Rebbe is an internationally known tzaddik, who leads his bais medrash and kehillah in Boro Park, Brooklyn. He is the uncle of the other Rachmastrivka Rebbe in Jerusalem. 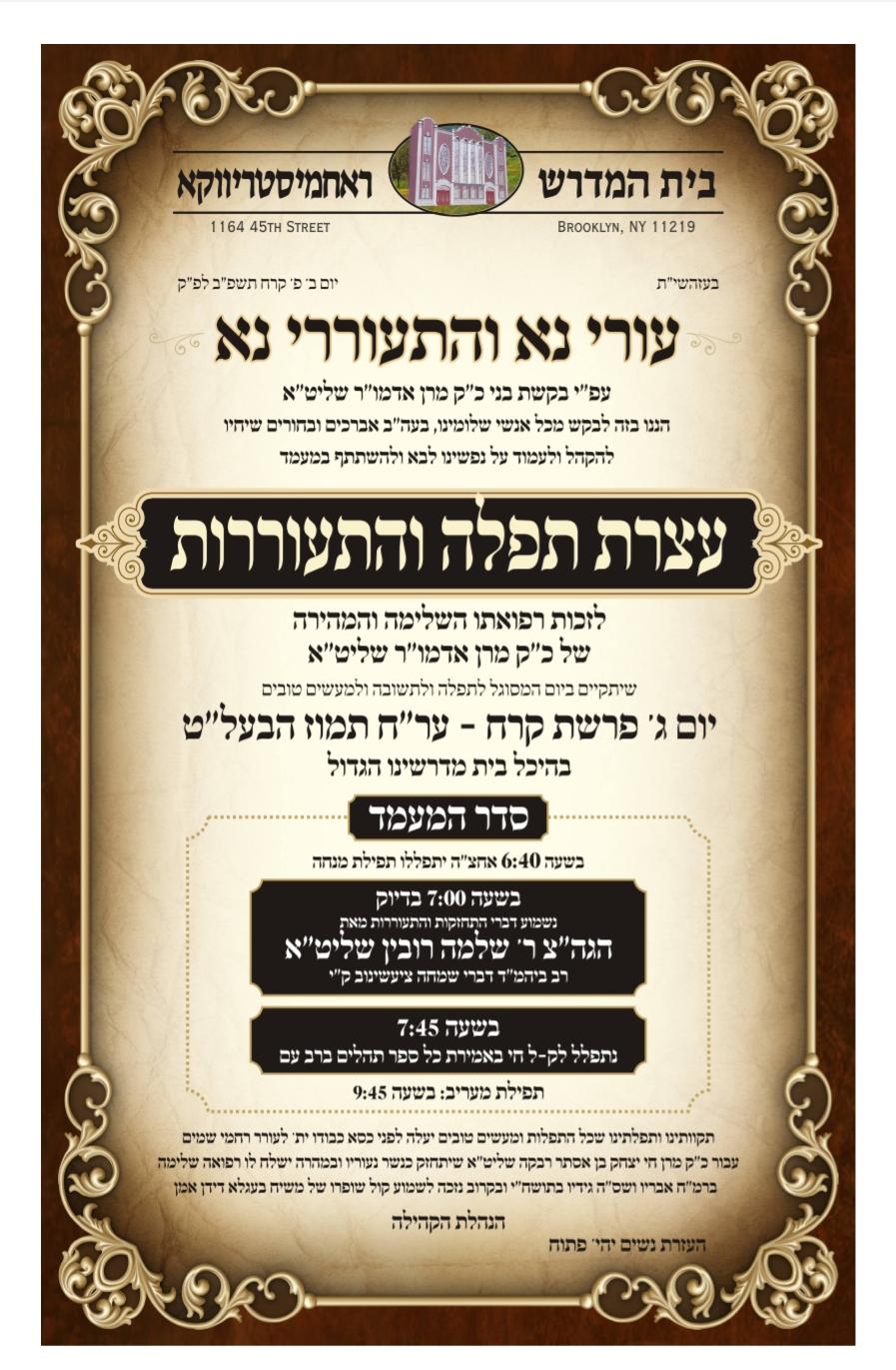