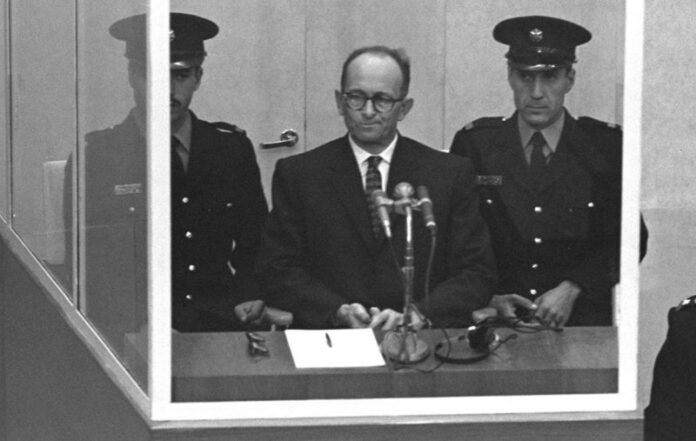 Newly released audio of Adolf Eichmann YM”S , the architect of the Nazi’s extermination of Jews who went to the gallows denying any wrongdoing, shows the evil mastermind admitting to being a critical cog in the machinery of the Nazi’s “Final Solution.”

Eichmann conducted 70 hours’ worth of interviews after fleeing Germany for Argentina, 15 of which have now been obtained by a dogged Israeli documentary team. The interviews were conducted secretly in 1957 by Willem Sassen, a Dutch Nazi sympathizer and propagandist.

“If we had killed 10.3 million Jews, I would say with satisfaction, ‘Good, we destroyed an enemy,'” Eichmann can be heard saying. “Then we would have fulfilled our mission.”

At one point, Eichmann can be hurt commenting about an insect in the room he was in, saying that it had a “Jewish nature.”

The audio recordings form part of the documentary “The Devil’s Confession,” on which $3 million was spent to produce.

Eichmann was captured by Mossad agents in Argentina in 1960 and transported to Israel where he was put on trial. He was convicted and hanged in 1962.

During his trial, Eichmann was adamant that he had nothing to do with the Final Solution.

“It’s a difficult thing that I am telling you and I know I will be judged for it,” he admitted. “But I cannot tell you otherwise. It’s the truth. Why should I deny it? Nothing annoys me more than a person who later denies the things he has done.”