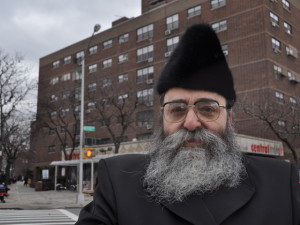 “I am gratified that this case is finally over and that the seven small businesses of Lee Avenue have been vindicated. It was an outrage for this case to be brought in the first place and even more shocking that as recently as this morning, the New York City Human Rights Commission had the chutzpah to try and impose a $75,000 fine against local businesses who did nothing wrong.

If you go to a upscale restaurant in NYC there is a dress code, yet when small businesses in Williamsburg do the same, they are attacked and threatened with fines that would put them out of business. These businesses are pillars of the community, and most importantly are bread winners trying to provide for their families. They deserve to be afforded the same rights as establishments in the rest of New York City.

When this saga began the stores came to the United Jewish Organizations of Williamsburg for help. Thankfully, the attorneys at Kirkland and Ellis led by Jay Lefkowitz and Devora Allon responded to the call of the UJO and Jewish Community Relations Council of New York, taking on this case pro-bono and bringing justice for the small businesses of Lee Avenue.”