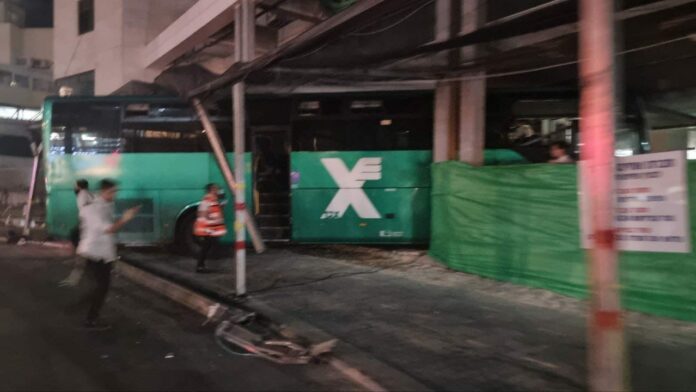 A person was killed and 2 others injured when a bus driver lost control and crashed into a building on Rechov Yirmiyahu in Yerushalayim late Tuesday night.

The bus slammed into a protective barrier that runs along Yirmiyahu before careening into an adjacent building that is still under construction.

Paramedics at the scene said a 70-year-old who had been walking on the street was struck during the accident, suffering critical injuries which he succumbed to a short while later. The niftar was identified as R’ Pinchos Naftoli Deutsch z”l. His levaya is scheduled to take place on Wednesday.

The 40-year-old bus driver became trapped in the vehicle and had to be rescued by emergency personnel. He is being treated for moderate injuries sustained, according to Magen David Adom.

A third person suffered light injuries in the accident.

It is not yet known what caused the deadly crash, but there were no indications that the incident was terror-related.