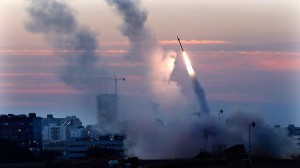 Speaking to the annual INSS (Institute for National Security Studies) Conference on Wednesday, 28 Shevat 5774, IDF Chief of Intelligence Major-General warned that no less than 170,000 rockets and missiles are threatening Israel and they are deadlier than ever. Kochavi explained that for the first time in decades, Israel’s enemies can fire missiles into major cities.

The senior officer added the number of missiles and rockets was actually larger prior to Operation Pillar of Defense and it will increase again with time. He added that the number lessened as a result of the war in Syria.

Regarding the Iranian nuclear threat, he explains Israel awaits the decision by Iranian leaders regarding their aspirations to build a nuclear bomb.