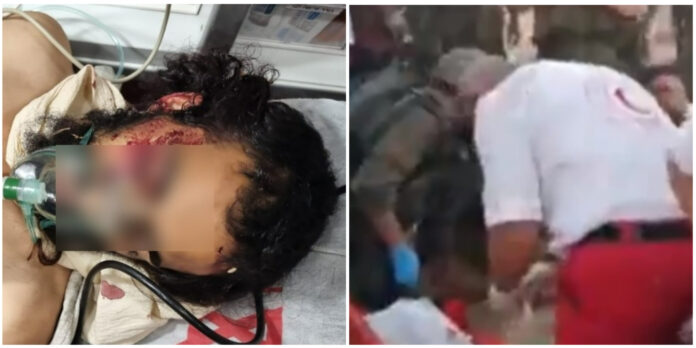 A Jewish shepherd was seriously injured by a Palestinian Arab, who viciously beat him on his head with a hoe near the Ma’on yishuv in the Har Chevron Regional Council on Monday evening.

During the incident, a mob of about 30 other Arabs threw stones at local residents.

Magan David Adom reported that the man was evacuated with a serious bleeding head injury to Soroka Hospital in Be’er Sheva, where he was hospitalized in the intensive care unit.

“This was an attempted murder,” said the head of the Har Chevron Regional Council, Yochai Damari. “I demand that security forces act forcefully against the perpetrators and restore deterrence and security to the residents of the area.”

The parents of the victim, who was later identified as Itamar Cohen, spoke to Kan News on Tuesday, saying that the Arabs tried to lynch their son because he’s a Jew.

Itamar’s mother Ilana later told Channel 12 News that it’s a neis her son is still alive, adding that the attack reminded her of the Chevron massacre in 1929. “It reminded me of 1929, of the photos of Jews being attacked with axes. They tried to lynch him, it was an attack by dozens of Arabs.”