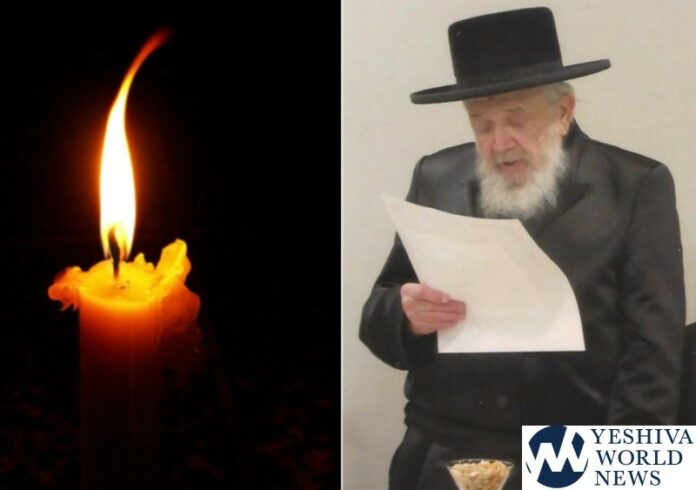 YWN regrets to inform you of the petirah of HaRav Yitzchok Yaakov Sekula, a maggid shiur and menahel at Yeshiva Torah Vodaas in Brooklyn for approximately 50 years. He was 85.

Rav Yitzchok Yaakov arrived to the United States with his family after World War II, with his father, HaRav Yerachmiel Yisroel (the Sadova Rav), continuing his rabbinic work in New York City.

Upon the petirah of Harav Gedaliah Schorr in 1979, Rav Yitzchok Yaakov was selected to help lead the yeshiva along with several other key figures, including Rav Elya Chazzan zt”l, Rav Moshe Wolfson shlit”a, and Rav Avraham Pam zt”l.

Following the petirah of Rav Chazzan in 1982, Rav Pam appointed Rav Sekula to succeed him as menahel of the yeshiva, a position he held until his petirah.

The levaya took place on Thursday morning in the Sadovna Bais Medrash in Boro Park.