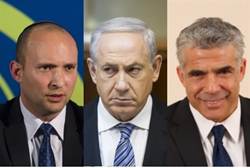 By now it is clear to all that the current coalition government is counting down the days to its demise. It is not known however who will leave first, Bayit Yehudi of Yesh Atid.

Bayit Yehudi is monitoring the actions of Justice Minister Tzipi Livni and her negotiations with the PA (Palestinian Authority). Party leaders are well-aware of Livni’s left-wing leanings and her willingness to give away additional areas of Eretz HaKodesh for as long as Tel Aviv, Herzliya and those areas holy to the seculars are safe.

Following the Supreme Court decision to halt funding to yeshivos of avreichim who are not serving in the military, Yesh Atid’s Minister of Science Yaakov Peri announced the party’s ultimatum – criminal sanctions against chareidim or kiss the coalition goodbye. Peri headed the first committee given the responsibility to formulate the new chareidi draft law. While Bennett and his dati leumi party were on board, a combination of rabbinical pressure and the realization they are in bed with the devil has led the party to oppose criminal sanctions against chareidim who fail to comply with the new law. Yesh Atid however is uninterested in Bayit Yehudi’s change of heart and the showdown should take place soon.

Adding credibility to Peri’s statements is the fact that party leader Finance Minister Yair Lapid met with Peri in his home on Tuesday night following the Supreme Court’s decision. The two agreed that the position of the court compels the party to insist on criminal sanctions. They feel that anyone not reporting for the draft will be imprisoned and face the full weight of the nation’s judicial system. The two felt strengthened by the High Court’s firm decision to immediately halt yeshiva funding.

Following the meeting Peri told Yediot Achronot that the matter of a chareidi draft law is of the highest priority and they must pass a law that will correct the injustices of years past.

This will complicate matters for Yael Shaked, who now heads the committee finalizing the new draft law. She announced that she plans to have the Knesset vote on the bill in its third and final reading by March 10, 2014.