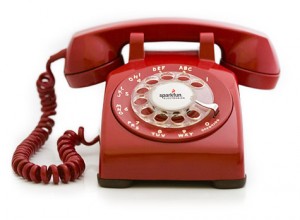 Complaints about nuisance sales calls have risen sharply across New York and the nation because of robocalling, U.S. Sen. Charles Schumer said Wednesday.

The Democrat from New York promised to introduce legislation to sharply toughen penalties in an effort to stop unsolicited sales calls. Schumer’s bill would raise the maximum possible fine from $1,500 to $20,000 per call with a new felony punishable by 10 years in prison. He plans to push for Senate approval over the next few months, he said.

Federal law has limited unsolicited sales calls by restricting hours and prohibiting calls to consumers who choose to opt out. While that was effective for a while, Schumer said that computer software enabling mass calling with recorded messages from the push of a single button has revived the problem.

The FTC’s National Do Not Call Registry lets consumers register home and mobile homes for free to avoid receiving calls. Most telemarketers shouldn’t call the number after it has been registered for 31 days. Consumers can file complaints also on the agency’s website.

The commission notes that scammers have been making phone calls claiming to represent the registry and provide an opportunity to sign up. “You should not respond to these calls,” it said.