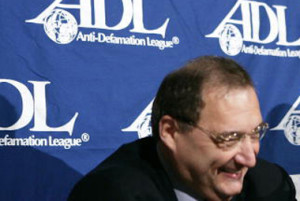 The longtime national director of the Anti-Defamation League is stepping down after almost a half century working for the Jewish nonprofit.

He says the ADL was for him the “perfect vehicle” for fighting anti-Semitism and other forms of oppression.

Foxman led it for the past 27 years.

He was born in the Soviet Union, survived the Holocaust as a hidden child and moved to the United States with his parents.

The ADL has 30 regional offices in the United States and one in Israel.

A successor has yet to be chosen. Foxman is to become director emeritus.