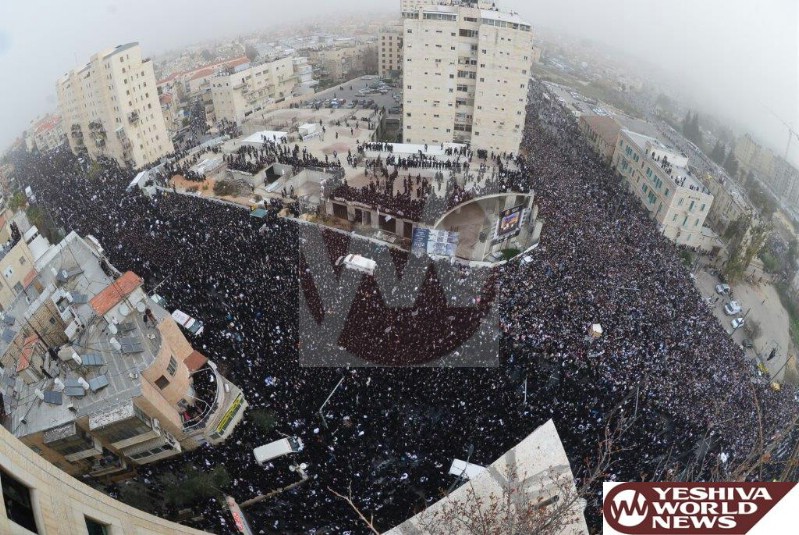 According to multiple reports, 600,000 or more chareidim took part in the Million Man Atzeres and were mispallel to HKBH against efforts to draft chareidim into the IDF.

As the event closed the announcement was made for all to hear, instructing draft eligible chareidim not to enter the IDF, not to be enticed into entering any military program that has been custom tailored for chareidim, and not to be intimidated by threats of punishment or imprisonment.

Mispallalim who were interviewed explained the government will not compel them to serve and they will not abandon the life to which they remain committed.

For those in attendance the message way a memorable one; having been part of the hundreds of thousands davening, reciting Tehillim and Kabolas Ohl Malchus Shomayim amid unprecedented achdus.