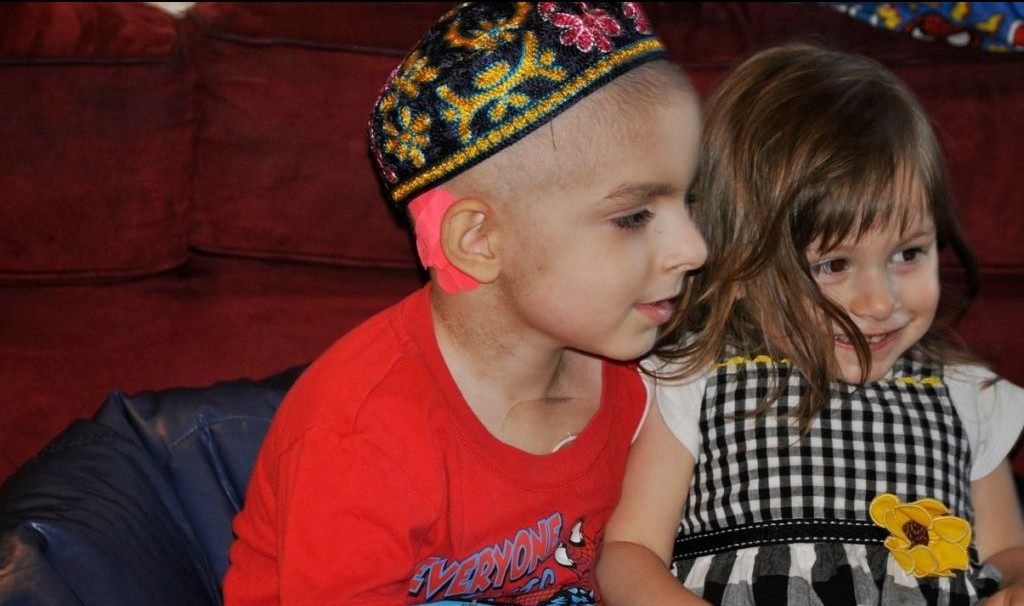 The community is the heart and soul of a civilized society. In their concern for the quality of life, the world Jewish community, have been reviving its value and finding that their personal needs and the community’s are one and the same. For the past year and half the name of Refael Elisha Meir ben Devora has become synonymous with words of purity, tehillim and mitzvoth ranging from zniyut and prevention of speaking rechilus and all forms of lashon hara to cutting one’s wig in honor of this and all of the beloved sick children of Am Yisrael. 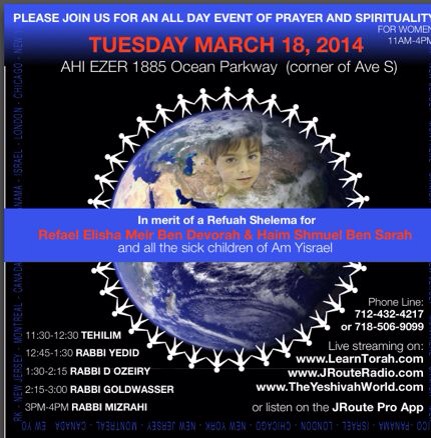 Several months ago the Jewish Community stepped up to the plate and joined together to appeal to Congress by way of a petition that necessitated an incredible 100,000 signatures to authorize the FDA to grant a compassionate use exemption to Refael Elisha Cohen for Antineoplaston therapy. Bnei Yisrael managed not 100, 000 signatures but overrided within two and a half weeks to a whopping 102,215 signatures! The amazing part is that there already existed a number of petitions that have been trying to amass less than 100,000 for their own petitions and who are, after months and some well over a year to amass the signatures needed and who have yet to reach their goals. Baruch Hashem it is noteworthy to mention that congress has finally given permission for use of antineoplastic therapy for compassionate use care consumption albeit still a long and arduous bureaucratic process. At this gathering, Congress even bothered to mention that the Brooklyn community in particular had been particularly insistent on going full swing on the matter even calling in the Whitehouse hotline to press the matter.

This is a shining example of what the world Jewish community is all about. Moreover, the chances are that anything you do for your community eventually will generate its reward in one way or another. At the very least, it is an investment in having a blissful place to live. But perhaps even more we would not be able to live without those individuals who unfailingly give more than they receive – those precious individuals who relentlessly organize events, who take the initiative and the responsibility, and who urge on the rest to greater things.

This readiness to serve and share is the badge of a civilized person. Rabbi and Mrs. Cohen are surrounded by such people. Baruch Hashem a group of women from Brooklyn saw Refael Elisha and his family and transferred them from Houston, Texas where they had been residing to settle them in Flatbush, Brooklyn. While in Houston the family was cared for by the Jewish Community who helped and supported the Cohen family for over a year and a half, the school with the girls tuition, meals from the entire Houston community on a daily basis, grocery shopping, fundraising non stop, tehillim gatherings and so much more. In Brooklyn the mitzvoth continued for this special neshama who has been receiving special care that he simply could not receive elsewhere. In fact, this special group of individuals worked endlessly day and night to acquire material needs from everything from clothing, housing and utilities, to covering tuition and offering emotional support such as bonding with Refael Elisha, his siblings and parents. The priority was, and continues to be, to ascertain that everyone is involved and everyone is getting the attention they well deserve. Join us together to continue this achdut in answering Mrs. Devora Cohen’s personal request to dedicate a day of learning and tehillim for her Refael Elisha Meir and Chaim Shmuel ben Sarah (another special neshama desperately in need for our tefillos) as well as, of course all of the sick children of Am Yisrael.

May the auspicious month of Adar and the freiliche holiday of Purim transform all that is bad into good and may I write next time about these children that they will be completely cured and that Mashiach will have graced us with his presence!