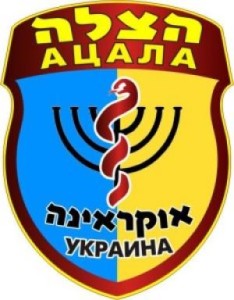 The Executive Director of Hatzalah in the Ukraine, Rabbi Hillel Cohen, was attacked during the night by anti-Semites who stabbed him. The Ichud Hatzalah team, that was only certified two weeks ago, responded along with ZAKA units to treat the rav who was injured in a leg. He was listed in light-to-moderate condition upon his arrival in a local hospital.

Ichud Hatzalah released a statement quoting Rabbi Cohen saying “I am shocked that this happened to me. It occurred yesterday evening on the way to the hospital to visit a sick Jewish man, a tourist from the UK who was admitted three weeks ago. In a dark alley near the hospital, I was taken by total surprise as I felt a strong punch to my shoulder as I felt a sharp pain in my calf with shouts “Jew” and a number of other Russian words. I fell to the ground and as a result also injured my hand. They then stabbed me in the leg. B’chasdei Shomayim I got up immediately and saw the two running into a vehicle that appears to have waited for them. I got a taxi to the hospital and then summoned police, which arrived immediately. I filed an official compliant in the hope they will try to apprehend the anti –Semites”.