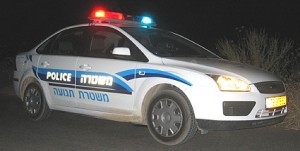 A volunteer policeman issued a ticket to a driver in the north for failing to stop for a stop sign. The summons is 250 shekels and four points on his license.

According to the HaMevaser report, the driver began telling the policeman of his dire financial situation and his inability to pay the fine. The policeman had rachmanus and told the driver he would pay the fine for him while he, the driver, would accept responsibility for his actions and receive the four points on his license.

A few days later the driver was surprised to see a receipt in the mail for payment of the summons. The policeman kept his word. The driver sent an anonymous letter to the policeman’s commander to praise the officer, adding in the future he would be more vigilant in his adherence to traffic signs.