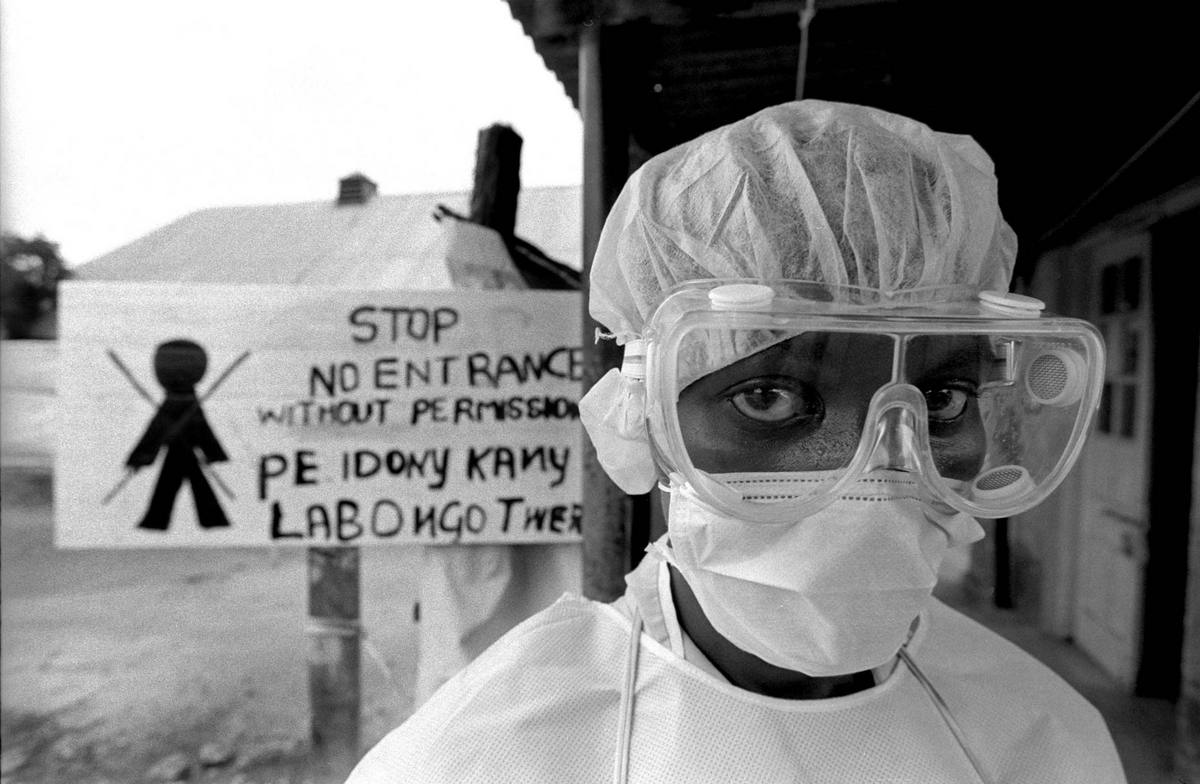 At least 59 people are known to have died in Guinea’s southern forests but the Liberian cases, if confirmed, would mark the first spread of the highly contagious pathogen into another country.

“As of this morning six cases have been reported of which five have already died — four female adults and one male child. One of the suspected cases, a female child, is under treatment,” Liberian Health Minister Walter Gwenigale said in a statement.

“The team is already investigating the situation, tracing contacts, collecting blood samples and sensitising local health authorities on the disease,” he added.

Gwenigale did not specify the victims’ nationalities, but Doctors Without Borders (MSF) said they were Liberian residents who had attended funerals in the Ebola-hit area of Guinea, which has strong “family ties” with northern Liberia.

“People come to attend funerals on one side and unfortunately they unwittingly get infected and then return home,” Brussels-based MSF emergency coordinator Marie-Christine Ferir told AFP.

To date, no treatment or vaccine is available for the Ebola pathogen, which kills between 25 and 90 percent of those who fall sick, depending on the strain of the virus, according to the WHO.

Officials from the Guinean health ministry and the World Health Organization (WHO) met Sunday in Conakry for urgent talks on the crisis.

“The total suspect cases recorded to date amount to 86 cases with 59 deaths,” the health ministry said in a statement, indicating that most cases reported since the start of the outbreak in early February were in Guinea’s south.

The first analyses of samples by the Pasteur Institute in the French city of Lyon showed that cases in southern Guinea were due to the Ebola virus.

Three cases of haemorrhagic fever, two fatal, have also been reported in Conakry, but tests for Ebola proved nega

The disease, one of the world’s most virulent, is transmitted to humans from wild animals and between humans by direct contact with blood, faeces or sweat, or by sexual contact and the unprotected handling of contaminated corpses.

The tropical virus — described in some health publications as a “molecular shark” — can fell its victims within days, causing severe fever and muscle pain, weakness, vomiting and diarrhoea — in some cases shutting down organs and causing unstoppable bleeding.

It was first discovered in the Democratic Republic of Congo (DRC) in 1976. The central African country has suffered eight outbreaks.

The most recent epidemic, also in the DRC, infected 62 people and left 34 dead between May and November 2012, according to the country’s health ministry.

Although there have also been outbreaks among humans in Uganda, the Republic of Congo and Gabon, the disease had never before been detected in people in west Africa.

The aid organisation Plan International warned that the epidemic risked spreading to neighbouring countries because of the free movement of people across borders.

“Communities, especially children, in the border areas between Guinea, Liberia and Sierra Leone are vulnerable and need immediate support,” Ibrahima Toure, Plan’s country director in Guinea, said in a statement.

Guinea is one of the world’s poorest nations, with a stagnating economy and inflation at 13 percent and youth unemployment estimated at 60 percent. It ranks 178th out of 187 countries on the United Nations’ Human Development Index.

Its health ministry said it was offering free treatment in isolation centres and raising awareness about good hygiene practices through all the media.

No other neighbouring country has reported an outbreak, but Senegal, Sierra Leone and Ivory Coast have reactivated their epidemiological surveillance systems.

Sierra Leonean aid organisation the Health For All Coalition warned of a high risk of transmission in border areas.

“People, goods and animals — such as sheep, goats and cows used in Sierra Leone — come from Guinea and it is these districts that they are brought into. And in these areas, people hunt for birds, monkeys and baboons for food.”