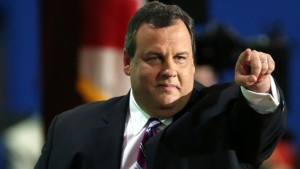 A former staff member to New Jersey Gov. Chris Christie told lawmakers Tuesday that her boss, the fired aide accused of orchestrating the political payback plot at the George Washington Bridge, wasn’t capable of such a maneuver.

“She was just not a decision-maker,” the ex-staffer, Christina Renna, said of her former boss, Bridget Kelly. Renna testified under oath before a state legislative committee investigating the politically motivated lane closings that caused gridlock in the town of Fort Lee.

“I wouldn’t say she was the architect, but she was instrumental in the process,” Renna told the panel during nearly five hours of testimony.

Christie has denied knowledge of the closings. But lawmakers have questioned the atmosphere he allowed to persist in his office and whether political gains were emphasized over the tasks of governing, something Renna disputed.

Renna worked under Kelly when the lanes were intentionally blocked last September and resigned in February. She told the panel she had no knowledge or involvement in the plot. Christie had Kelly fired in January after the scandal broke open.

The lane closings, and separate legislative and federal investigations into them, have become a major distraction for Christie as he contemplates a 2016 White House bid.

During her testimony, Renna denied that politics ever infiltrated the governor’s office, yet she also said political work during Christie’s re-election campaign last year was conducted during off-hours rather than avoided altogether. And she said Kelly’s department, the Office of Intergovernmental Affairs, kept lists, at least informally, of mayors who endorsed Christie or were thinking of doing so. She denied that those targets received extra attention from the administration.

She said Bill Stepien, Christie’s two-time campaign manager who ran the office before it was turned over to Kelly, “kept track of everything,” using spreadsheets to track mayors who were receptive to the administration and those who were not.

Christie cut ties with Stepien in January, just after naming him to run the state Republican Party. Emails show he knew about the lane closings but not the motive.

Renna described Kelly as overwhelmed with her professional responsibilities and parental duties as a single mother of four, similar to how she was described by the lawyers Christie hired to review the lane closings. Renna also described her former boss as insecure and indecisive, while Christie’s lawyers blamed her and David Wildstein, a political operative at the agency the runs the bridge, for hatching and carrying out the plot.

Renna said she does not know the motive for the lane closings. She said she didn’t ask questions after learning that Kelly had a beef with Fort Lee Mayor Mark Sokolich, whose town bore the brunt of the traffic gridlock after he did not endorse Christie. Renna said an endorsement was not expected from the Democrat.

Renna testified that she kept a copy of an email in which Kelly appears glad that the traffic tie-ups are causing distress to Sokolich, even after Kelly asked her in December to delete the message. At that time, the legislative inquiry was already underway.

After the hearing, the panel co-chairs, Sen. Loretta Weinberg and Assemblyman John Wisniewski, both Democrats, said Renna’s testimony contributed to the committee’s understanding of the lane closings. However, the key questions of who ordered the lane closings and why remained unanswered.

Christie spokesman Michael Drewniak was scheduled to appear before the panel next week.