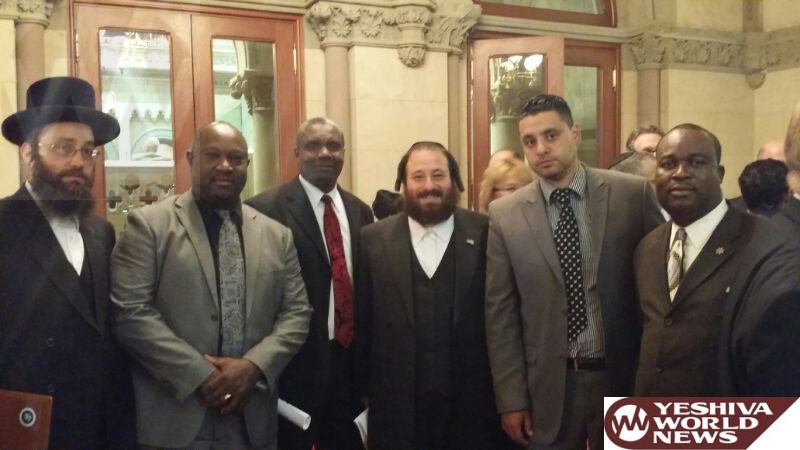 A group of over two dozen people representing the diverse population of the East Ramapo Central School district traveled up to Albany on Monday for several meetings with elected officials in an effort to devise a more equitable way of allocating funds to the financially strapped district.

“Our goal was to present the facts,” said Wieder. “We have a community that is totally united: Haitian Americans, African Americans, Latinos and Orthodox Jews and we came together on behalf of the public schools to advocate for a formula change because we understand how important it is to provide a sound education for all children in East Ramapo.”

“The Albany delegation shows that there is a strong will to improve intercommunity relations with a goal of helping the children of East Ramapo,” added Gestetner.

The delegation came armed with a petition signed by 1,250 people who support a change in the state formulas that allocate funds to school district. With current formulas based on real estate values instead of actual public school enrollment, East Ramapo is ranked as one of the wealthiest school districts in the state when in fact over 75 percent of students in the district are financially eligible for free or reduced lunches.

“It was very important for them to hear the numbers and to see how they don’t add up,” said Wieder. “How can we be considered one of the wealthiest districts when we are actually one of the poorest?”

A second meeting was held with a contingent from the State Assembly, including Speaker Sheldon Silver, Assemblywoman Ellen Jaffee and Assemblymen Kenneth Zebrowski and Dov Hikind.

“Our message was very well received and last year the state allocated more funding to East Ramapo because of the discussions about formula change,” said Wieder.

The group also met with members of the media who were surprised to discover that despite claims to the contrary, East Ramapo students are flourishing academically.

“You hear all these rumors about how the district is failing, but in reality school officials are doing so much with very few resources, ,” said Wieder. “Our students graduate and many go on to Ivy League colleges like Yale, Harvard, Princeton and MIT. But there is much more that needs to be done and all we are asking is to get our fair share of the state allocation.”

According to Dr. Klein, the district’s school superintendent, state auditors who come to East Ramapo quickly discover that allegations that the district is not properly educating its students are unfounded.

“The naysayers are having a credibility issue because the facts that they are presenting are simply not accurate,” said Wieder.

State officials were pleased to see this multi-cultural show of solidarity and urged the group to continue and strengthen this united advocacy effort. 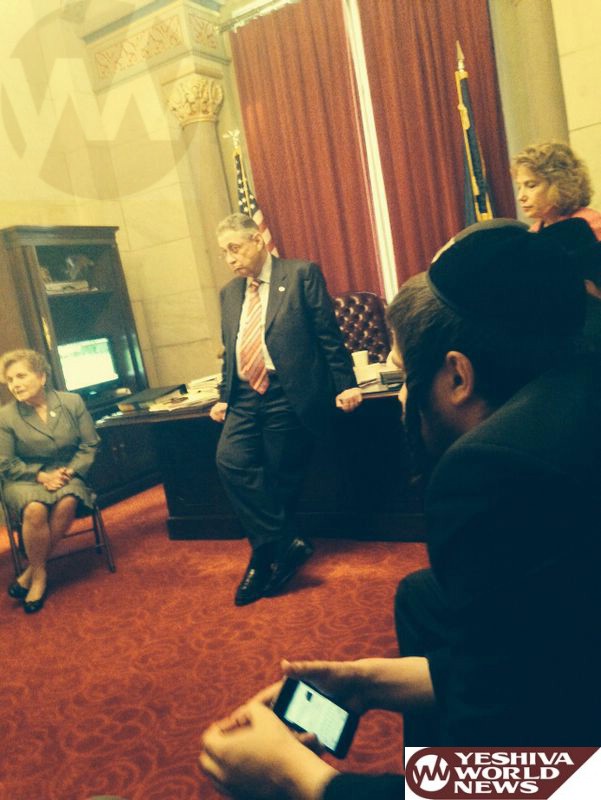 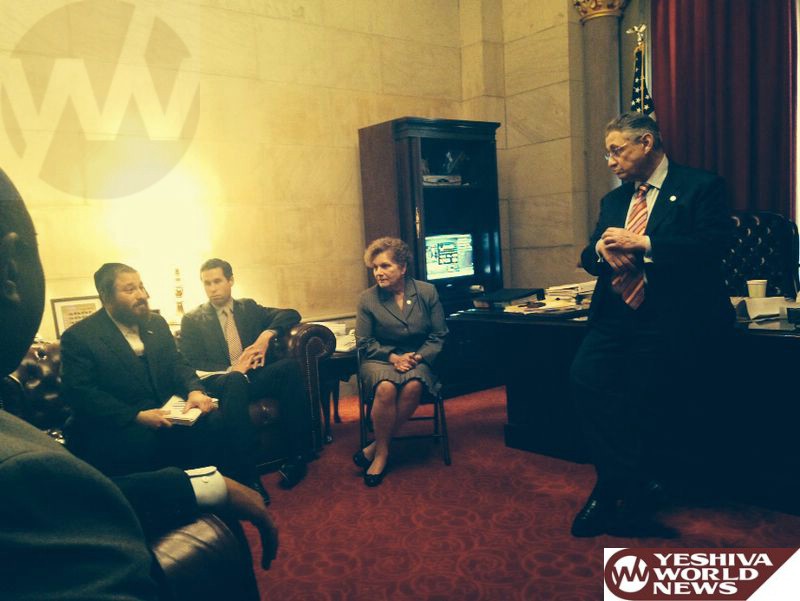 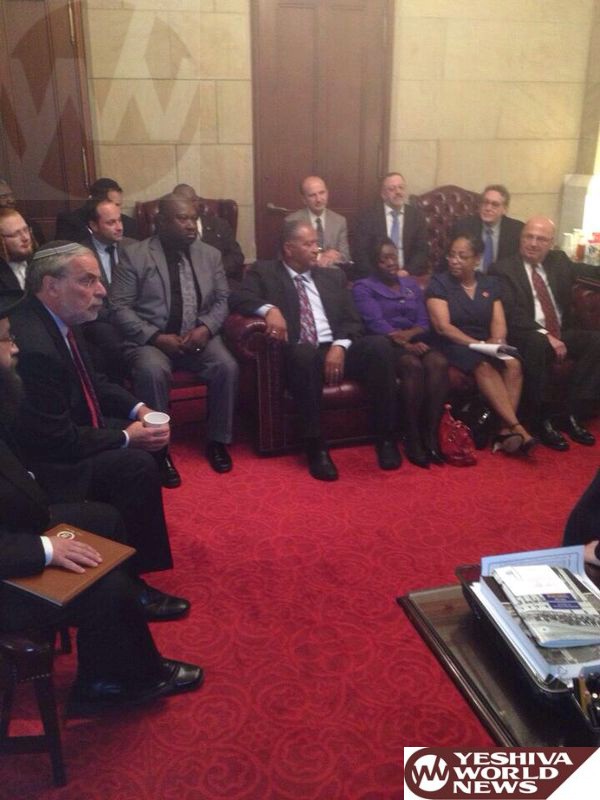 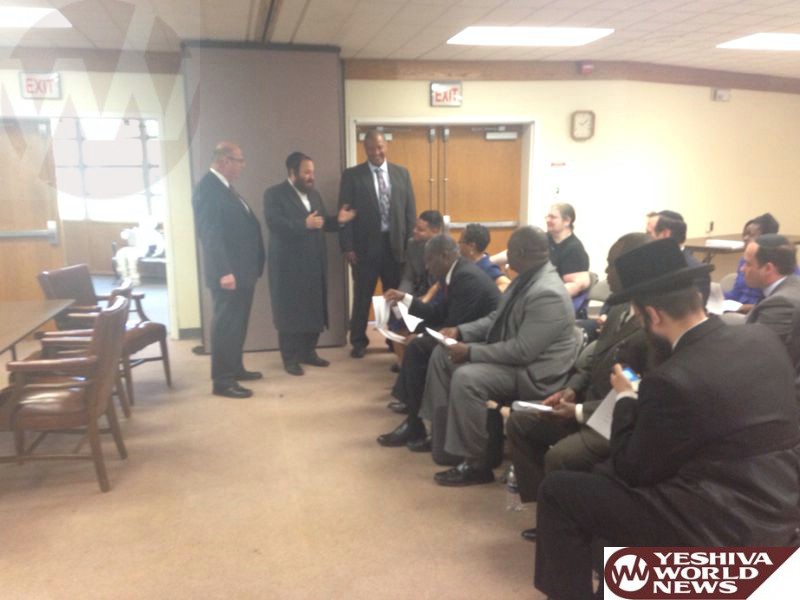 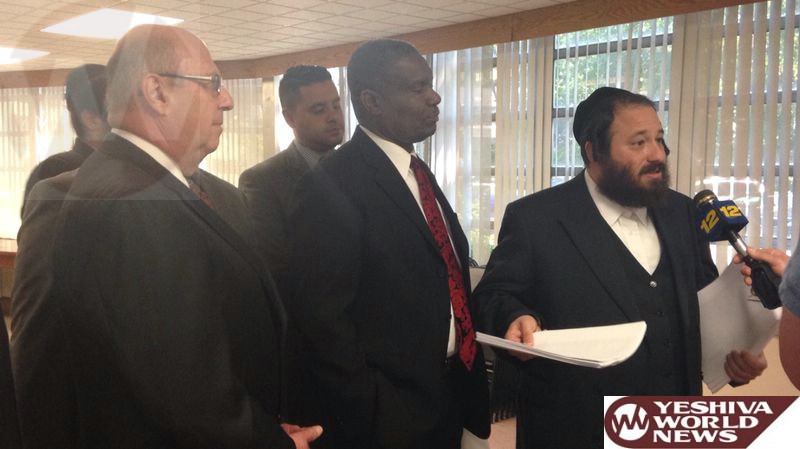