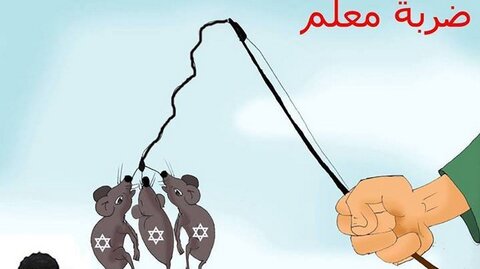 Another  odious cartoon features  a distortion of the World Cup 2014 logo.  The official Palestinian Authority daily printed a cartoon celebrating the kidnapping of three Israeli youths on Thursday night, June 12, 2014. Instead of the famous logo of the World Cup 2014, in which three victorious hands hold the globe, together creating the prestigious trophy, the PA cartoon shows a “trophy” of three hands holding three people with their hands up in surrender. Instead of the text “Brasil” below the “trophy,” the word “Khalil” is written – Arabic for Hebron, a city near where the Israeli youths were kidnapped. 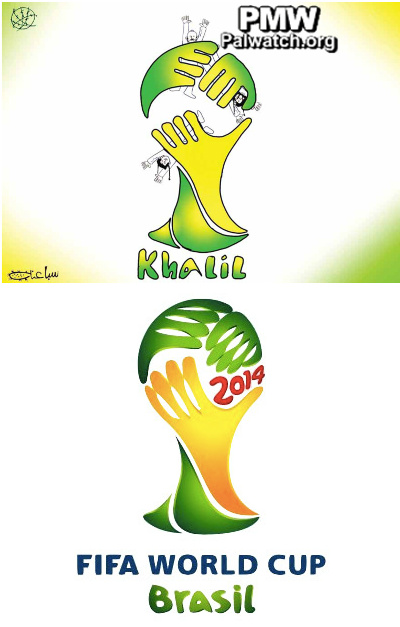 Facebook page, Fatah posted a cartoon of a victory sign with three fingers held up instead of two, symbolizing the three Israeli youths who were kidnapped on Thursday, June 12, 2014. Accompanying the picture was a smiley with the text, “For your interpretation 🙂 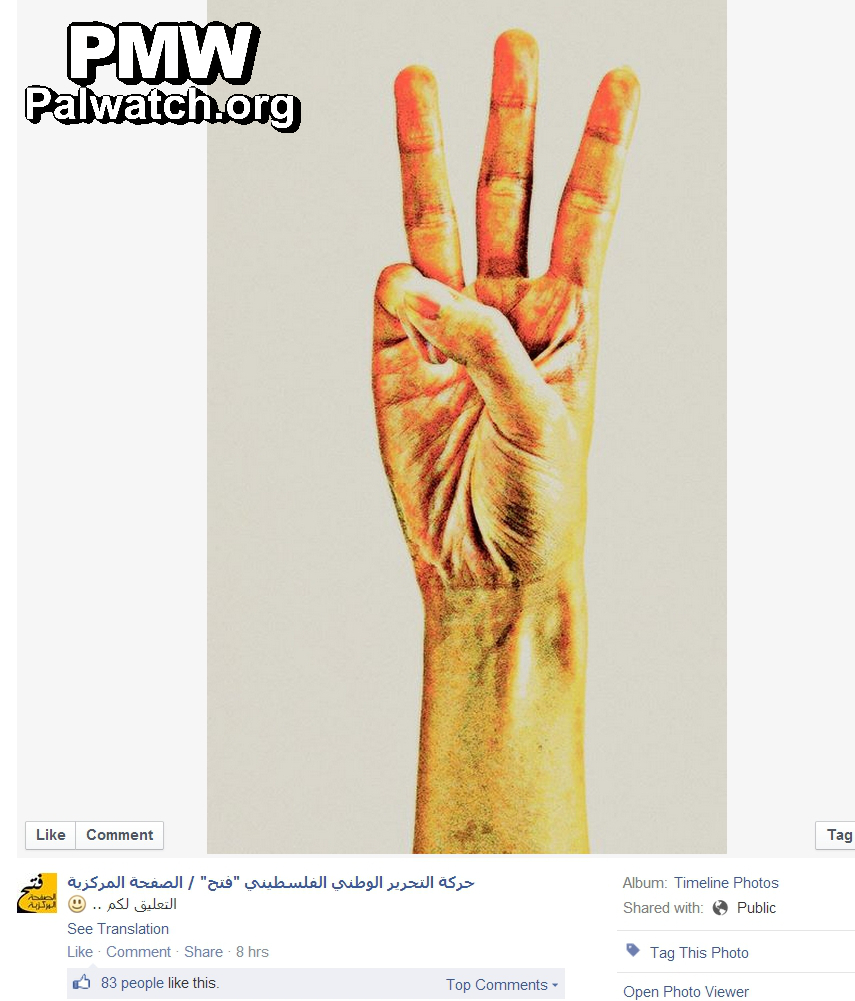