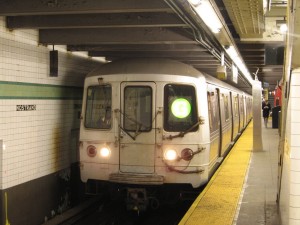 Police are investigating the death of a graffiti artist who was found dead next to the third rail in a Brooklyn subway station.

Police say Saturday Jason Wulf was found by MTA workers just after 9 p.m. Wednesday at a station on the R line in the borough’s Sunset Park neighborhood.

The New York Post says the 42-year-old Queens man was known by the tag “DG” and had been leaving his mark on subway cars and buildings since the mid-1980s.

An online fundraising site has received $10,000 in donations to pay for funeral costs.

Friend June Lang tells the newspaper Wulf’s talent was one of a kind.

A spokesman for the MTA says officials there are also investigating the death.