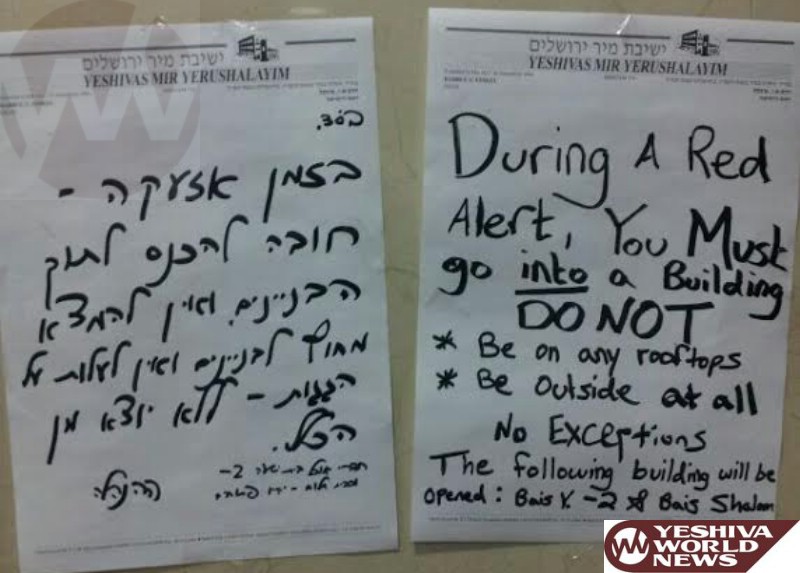 23:28: Multiple explosions reported moments ago, caused by rockets exploding in open areas in the neighborhood.

23:26: Large explosion reported throughout the Gaza Strip, as the IAF conducts numerous airstrikes against terror targets.

22:39: One rocket landed near simcha hall in Ashdod. Guests evacuated, ending the chasenah.

22:21: Hamas claims a rocket was fired towards Haifa. No IDF comment on that claim. There are reports from Kibbutz Ramat Raziel that a rocket landed in that area.

IDF Spokesman Brig-Gen. Moti Almoz reporting on the phone to Channel 10 News. “Heavy attack of rockets nationwide. Above all, I urge all residents to familiarize yourselves with emergency instructions for the situation can be life threatening. The Homefront Command is standing ready for every eventuality. There are sufficient troops operating in the field. There are no reports of injuries and all early warning systems were operational. 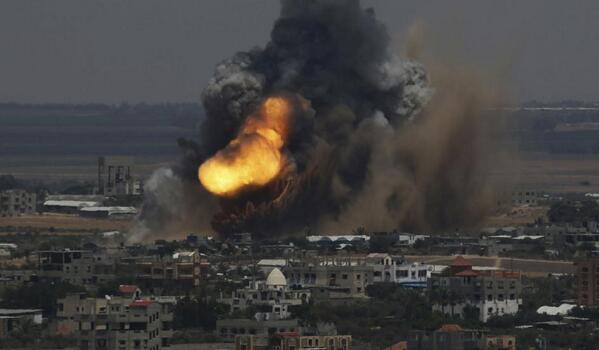 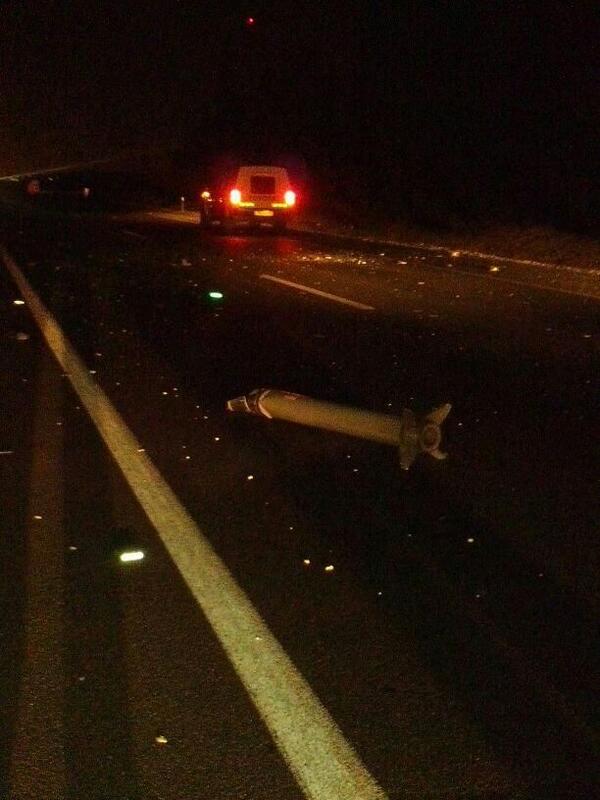 22:17: One rocket hit a building in Beit Shemesh. One exploded in the Jerusalem area. Explosions were heard in the Nachlaot area. There appears to be damage in Ashdod and Beersheva too. B’chasdei Hashem it there are no reports of fatalities or serious injuries.

22:14: Hamas claims M75 rockets fired at Yerushalayim. A home was hit in Yerushalayim area. No injuries are being reported.

22:00: Numerous eyewitnesses tell YWN of explosions in the skies over Jerusalem as Iron Dome intercepts rockets. 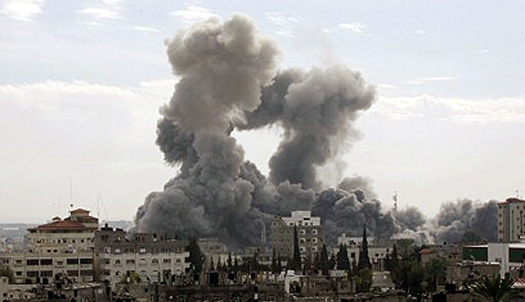 21:48: It appears that B’chasdei Hashem the rockets fired at major cities have been intercepted by the Iron Dome.

21:45: Sirens in Rishon L’Tzion and Bat Yam. Rockets heading for Givatayim were intercepted.

21:43: The BBC unveils the Hamas propaganda machine, reporting some of the photos of alleged IAF destruction in Gaza were actually old photos taken from Syria and Iraq.

21:42: Jay Karnei Hadas of Kibbutz Kerem Shalom reports residents remain locked in their homes and the situation is a difficult one with ongoing rocket fire.

21:36: The alert continues in both Kerem Shalom and Yad Mordechai as the IDF is operating in both communities.

21:35: Over 12 rockets heading for Ashkelon today were intercepted by the Iron Dome.

21:29: Alert at Yad Mordechai sparked by finding the remains of a parachute at that area, fearing a terrorist glide in to the area.

21:27: Fear of a terrorist infiltration in Kibbutz Yad Mordechai. Soldiers are now going house to house. Residents are instructed to remain locked in their homes until given the ‘all clear’ by IDF soldiers.

21:10: Update from Kerem Shalom. A large tunnel that Hamas planned to use for an attack was uncovered and blown up by the IDF, averting a major attack.

20:56: Area residents instructed to remain indoors as the situation is being evaluated.

20:55: Reports of a tunnel explosion near Kerem Shalom at Gaza border area.

20:49: Netanyahu: I instructed to significantly expand operations against terrorists in Gaza.

20:45: Large explosion rock the Gaza Strip moments ago, as the IAF carries out numerous strikes against terror targets.

20:22: Jerusalem Mayor Nir Barkat is calling on all residents to open and prepare bomb shelters in Jerusalem.

19:49: An IDF soldier is lightly wounded by terrorist gunfire at Zikim.

19:34: Sirens again ringing in Ashkelon as rockets are fired towards the costal city.

19:28: Sirens sounding in Ashkelon, as people flee into bomb shelters. 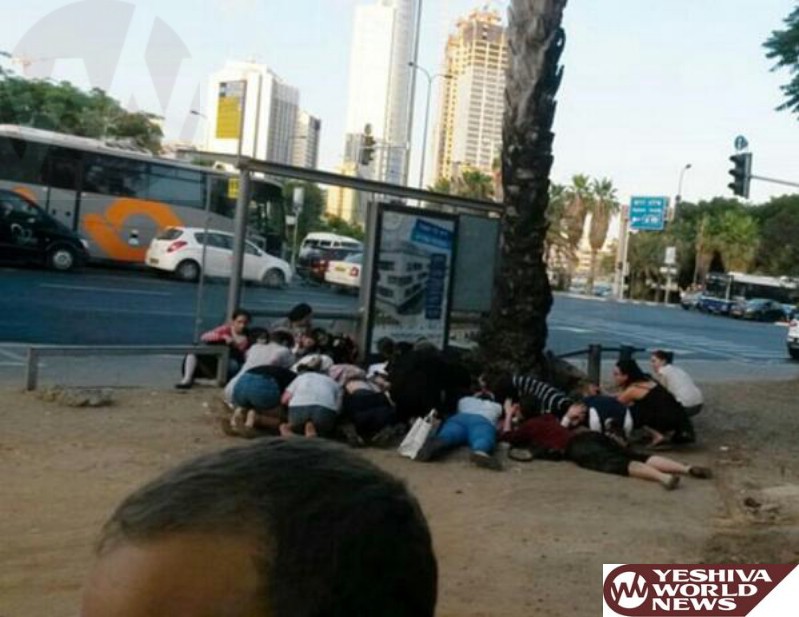 19:10: The Iron Dome has successfully intercepted a rocket headed towards Tel Aviv.

18:00: Beaches in Rishon Litzion and in Tel Aviv are being evacuated, as the Homefront Command expects rocket fire to head towards Gush Dan in the evening.

17:59: Two dead in Gaza and others wounded in IAF assault.

17:46: Airport in Eilat is operating but there are delays

17:15: Barrage of rockets into the Shar HaNegev Regional Council.

17:13: Rockets landing so quickly in communities near the border, one hears the siren after the explosion.

17:00: Some explain the IAF is working hard to hit critical targets in the hope of bringing Hamas to its knees without a ground forces operation. Most believe this is highly unlikely as the terrorist organization has not shown all its might as of yet. 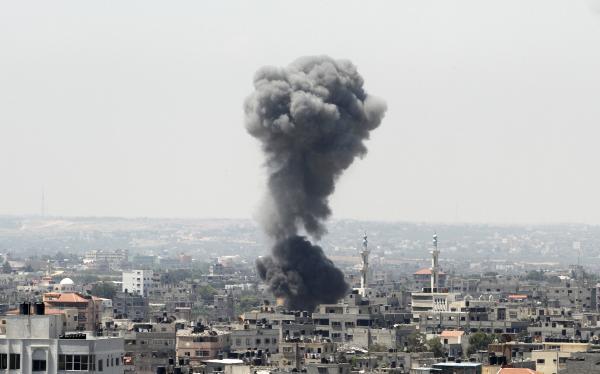 16:59: Thousands of soldiers and officers have received emergency call up orders.

16:58: France calls on both sides to show restraint.

16:58: The IAF appears to be concentrating on homes and officers of Hamas commanders.

16:57: IDF Homefront Command soldiers assisting in moving patients in Soroka Medical Center in Beersheva to fortified areas of the hospital.

16:37: IDF: Hamas has fired over 130 rockets at Israeli civilians since last night. In response, the IDF has targeted over 150 terrorist sites in Gaza. 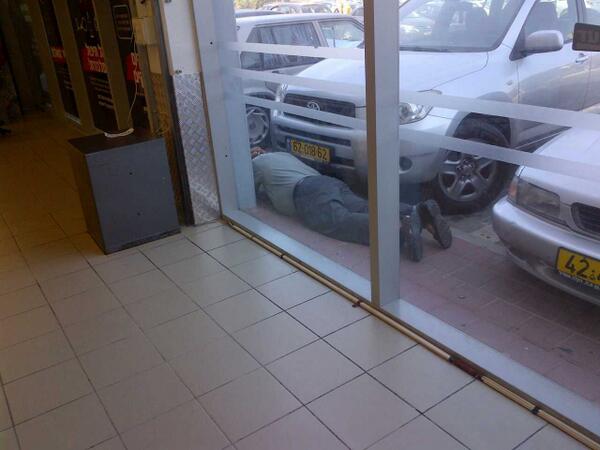 16:07: Sirens sounding in the S’dot Negev and Shar HaNegev Councils.

15:53: Gatherings of more than 300 people are prohibited in strike areas.

15:17: Classes in Sapir College are suspended until Sunday.

15:16: The IAF is targeting terrorists in Khan Yunis, Gaza. 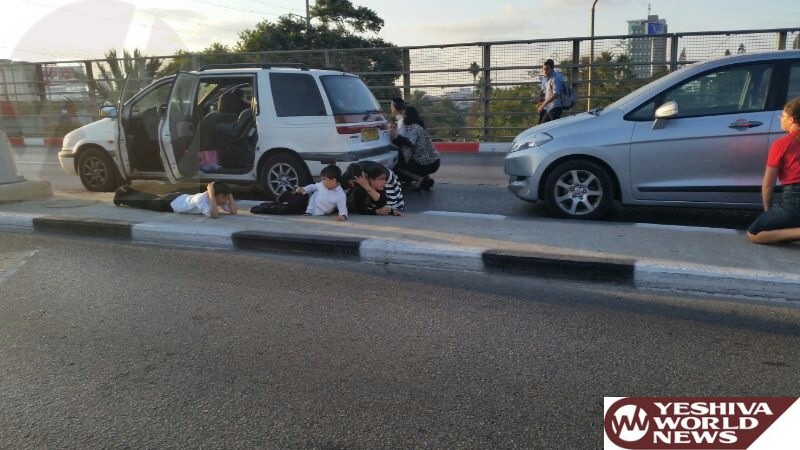 14:35: A fire broke out in the Eshkol Council due to rocket explosion.

14:26: A rocket was intercepted over Ashdod.

NOTE: Stay with YWN as we continue our non-stop 24 hour news coverage – updated just seconds after an event occurs.