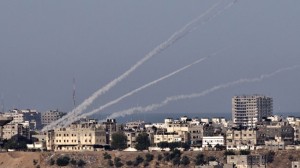 The Jewish Agency for Israel will take thousands of children and teens from rocket-battered southern Israel for rest and recreation activities outside the line of fire throughout this week. The activities were made possible by the support of the Jewish Federations of North America (JFNA) and are being undertaken in coordination with the National Emergency Authority, government ministries, and local authorities. 1,500 children and teens will enjoy recreational activities on Monday 16 Tammuz at the Cheftziba amusement park; the Israel Museum, Jerusalem; and the Biblical Zoon.

Chairman of the Executive of The Jewish Agency for Israel Natan Sharansky said: “It is both moving and inspiring to feel the mighty fortitude of the people of southern Israel—both immigrants and native Israelis—and the powerful solidarity of world Jewry, which draw upon and strengthen one another. The Jewish Agency is proud to serve as a conduit of positive energy between the Jewish world and the people of Israel’s south and we will continue to do whatever we can to support the local residents during this trying time. Thanks to the immediate action of our partners at the Jewish Federations of North America and Keren Hayesod-UIA, The Jewish Agency is able to offer a real-time response to the residents of southern Israel.”

The children and teens who will participate in The Jewish Agency’s rest and recreation activities are in 1st through 12th grades and are residents of the Ofakim, Shafir, Lachish, Be’er Tuvia, Gan Yavne, and Yoav regional councils, as well as recent immigrants from Jewish Agency immigrant absorption centers in Be’er Sheva, Ashkelon, Ashdod, Kiryat Gat, and Shaar HaNegev. They will enjoy activities at the Cheftziba amusement park; the Israel Museum, Jerusalem; and the zoo.

In addition to the recreational activities, The Jewish Agency’s Fund for Victims of Terror continues to offer immediate financial assistance to families affected by rocket attacks and other acts of terror. The financial aid of 4,000 NIS is meant to help the families cope with their immediate needs in the aftermath of their trauma and has been distributed to families across southern Israel in recent days.

The Fund is sustained by contributions from the Jewish Federations of North America (JFNA), Keren Hayesod-UIA, and other donors. In addition to the immediate assistance, the Fund provides supplemental financial assistance of up to 25,000 NIS to families recognized as victims of terror by the government of Israel.