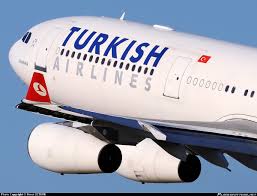 If you are among those flying Turkish Airlines you might want to know airline officials have announced they are experiencing a critical shortage of pilots. As such, they are hiring the services of 200 pilots, from Iran. The airline reports it is short 350 pilots.

Interestingly, pilots from the airline are angered over the news, Channel 2 News reports, explaining the Iranian pilots lack proper training due to the sanctions against that country and other factors. Nevertheless, for now at least, it appears Turkish Airlines is moving ahead with the plan.

It is also reported that all pilots entering Israel must first be approved by Israeli security officials so it is less than likely we will be seeing Iranian pilots in Ben-Gurion Airport.