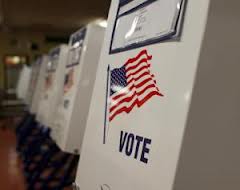 The Williamsburg Jewish Community did it again. They proved ​that they appreciate elected officials that are responsive and attentive to the community, by turning out in relatively high numbers in yesterday’s primary, and presenting an overwhelming united voice to support Governor Cuomo, Lt. Governor Candidate Hochul, and State Senator Marty Malave Dilan.

“I want to congratulate Governor Cuomo, who is dedicated to assisting all New Yorkers; Lt. Governor Hochul, who visited with us last week to listen to the resident’s needs; and of course State Senator Dilan, whom we are fortunate to be a part of his constituency. I also want to congratulate our long-time friend former- Councilman Erik Dilan, a son of our dear Senator, who won the democratic primary in the 54th district, and a number of others who had a nice showing in yesterday’s primary,” said Rabbi David Niederman.

“I thank the thousands of voters who turned out to the polls to support Governor Cuomo, Lt. Governor Candidate Hochul, and Senator Marty Dilan, in a relatively low turnout primary,” Rabbi Niederman added. “We also welcome and congratulate Nick Rizzo for his election for his as the Male Democratic Leader for the 50th Assembly district, and we are looking forward to work with him and all our elected officials.”

The Williamsburg Hasidic Community turned out close to one percent of the entire vote for the Cuomo-Hochul ticket in Tuesday’s primary.