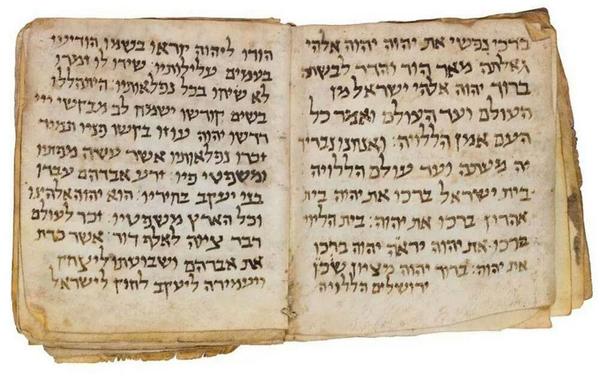 A siddur that dates back to 1471 is reportedly on its way to Israel. The siddur will be on display for one month at the “Book of Books” exhibition in the Bible Lands Museum.

The experts date the siddur to the period of the Geonim in Bavel. The siddur is not written on paper but klaf, and the text is in Aramaic with Babylonian vowels. The three sections of the siddur include portions of the Haggadah.

Ynet quotes Bible Lands Museum Director Amanda Weiss saying “We are very excited for the arrival of the prayer book to the museum.”

Ms. Weiss refers to the siddur as a treasure and is expresses it is an honor to be able to display it in the museum.