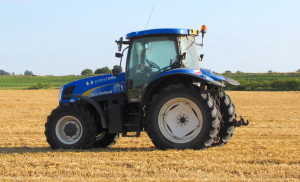 Officials in the Ministry of Agriculture are angry over instructions to the Defense Ministry from IDF Chief Rabbi Brigadier-General Rafi Peretz, who announced the military will by buying produce from abroad rather than using heter mechira during shmitah year.

In the last shmitah year the IDF used heter mechira. That has been the minhag of the IDF during the years and the change being made is not well received.

Rav Peretz announced that he made the decision towards realizing the need to accommodate the growing number of chareidi soldiers. Agriculture Minister Yair Shamir sent an angry letter to Defense Minister Moshe Ya’alon. He explains that the people’s army, which is comprised of 95% non-religious and religious soldiers who make due with basic kashrus and heter mechira should have to be served produce from Jordan and non-Jews throughout Yehuda and Shomron.

Shamir adds that the religious Zionist community prefers heter mechira as well and the only one refusing to accept heter mechira are the chareidim. He concludes this marks the first time in the IDF’s history that a Zionist chief rabbi prefers produce from abroad over local produce during shmitah.

The Ministry of Defense responds, explaining the data is incorrect. It states there is a half year 30 million shekels, no more, and most of the produce purchased will come from Israeli farmers. The ministry assures the minister produce will be purchased from Jewish farmers.

At present, there is no explanation for the confusion and contradictory statements.