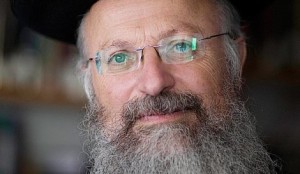 “Police announced they did not have any intelligence warning regarding the planned assassination of Glick but I was in Knesset with senior Jerusalem Police officials attending a session dealing with Jews visiting Har Habayis. Also present was MK Moshe Feiglin. It was clear that murder was on the agenda! How can they now claim we didn’t tell them” stated Rav Eliyahu.

Rabbi Eliyahu added that “It was devastating to hear the warning and even more so to see it become reality. Police have not done their job as they should have. The department is responsible for the attempted assassination.”

Rabbi Eliyahu added that while he does not go onto Har Habayis, his colleagues and friends have explained the worrisome situation on the holy site and how the Jews are treated.

Video of Moshe Feiglin addressing the Knesset Interior Committee warning of the situation on Har Habayis: