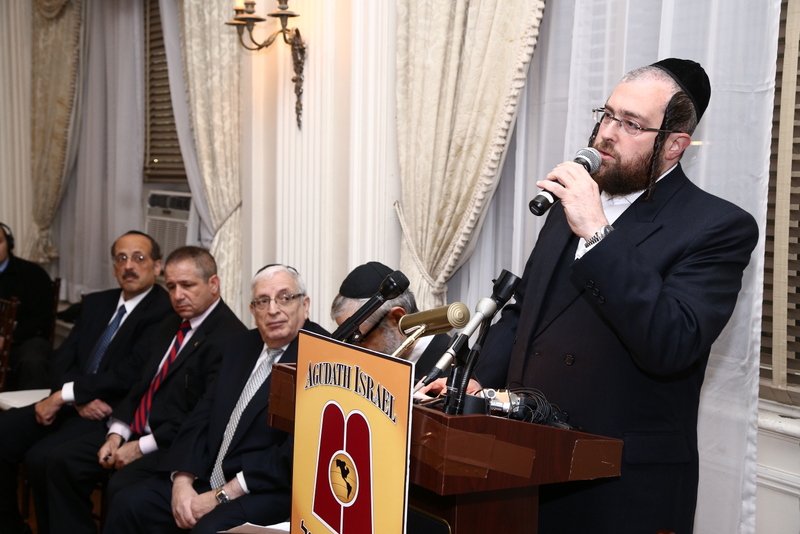 New York – At Agudath Israel of America’s Annual Pre-Election Legislative Breakfast, Jewish community activists, legislators and law enforcement officials heard about the challenge of terrorism and its impact on New York City law enforcement. They were highly encouraged by reports of recent successes on our shores: prevention of attacks and indictments of terrorists and organizations that support them financially.

Held at the Down Town Association in Lower Manhattan, the breakfast was coordinated by The Friedlander Group and sponsored by Atlantis National Services, Inc. and MedReview. The two main speakers were Richard Frankel, FBI Special Agent in Charge of the FBI Criminal Division, previously in Charge of the Counter-terrorism Division, and Manhattan District Attorney Cyrus R. Vance Jr.

On the agenda as well was a tribute to the late Treasury Secretary Henry Morgenthau Jr. for his key role in establishing the U.S. War Refugee Board in 1944, during the waning days of World War II, which is credited with saving over 200,000 Jews. His grandson, Robert P. Morgenthau, represented the Morgenthau family and accepted the award on their behalf.
Rabbi Abe Friedman, a community leader and law enforcement chaplain who enjoys a close working relationship with the FBI and works closely with Agudath Israel praised Special Agent in Charge Frankel him for thwarting the Bronx Synagogue bombing.

Mr. Frankel also served as Assistant Special Agent in Charge of the New York Office’s Counterterrorism Division. While in this position, he oversaw numerous counterterrorism investigations within the New York City metropolitan area, to include the plot to bomb two synagogues in the Bronx and shoot a military plane out of the air near Stewart Air Force Base; the plot to explode a bomb in the New York City subway system; and the attempt to explode a vehicle borne bomb in Times Square.

Indeed, Mr. Frankel has traveled extensively for the FBI. He served as the FBI’s Deputy On-Scene Commander in Afghanistan where he led a group of FBI personnel who supported U.S. Special Forces components. Mr. Frankel was the On-Scene Commander for the FBI team that investigated the bombing of the Rugby Club in Uganda during the World Cup. He also led the team that arrested the surviving pirate involved in the Maersk Alabama incident off the coast of Somalia.

In August 2013, he was promoted to Special Agent in Charge of the FBI’s New York Field Office Counterterrorism Division.

In December 2013, Mr. Frankel was named Special Agent in Charge of the New York Field Office’s Criminal Division.
Special Agent in Charge Frankel began his remarks by thanking Rabbi Friedman for his contributions to law enforcement and said that since 9/11, the FBI has become a major force in counter-terrorism. One key was the growth and greater efficiency of the Joint Terrorism Task Forces (JTTF), which pair the FBI with other law enforcement agencies. Started in 1970, there are now over 100 JTTFs nationwide, with more than 4,000 members (over four times the pre-9/11 total).

Finally, SAC Frankel voiced concern over proposed legislation that would allow much stronger encryption by technology companies such as Google, preventing access to information that has saved lives in the past.
Rabbi Chaim Dovid Zwiebel, Agudath Israel’s Executive Vice President and the Breakfast Chairman, acknowledged the partnership of elected officials with a politically engaged Jewish community, and recognized the hard work of Mr. Shlomo Werdiger, Chairman of the Board of Trustees of Agudath Israel, and Rabbi Abba Cohen, Agudath Israel’s Vice President for Federal Affairs and Washington Director and Chaskel Bennett, member Board of Trustees, Agudath Israel of America, Rabbi Shmuel Lefkowitz – Vice President for Community Services for being on the front-lines of askanus. 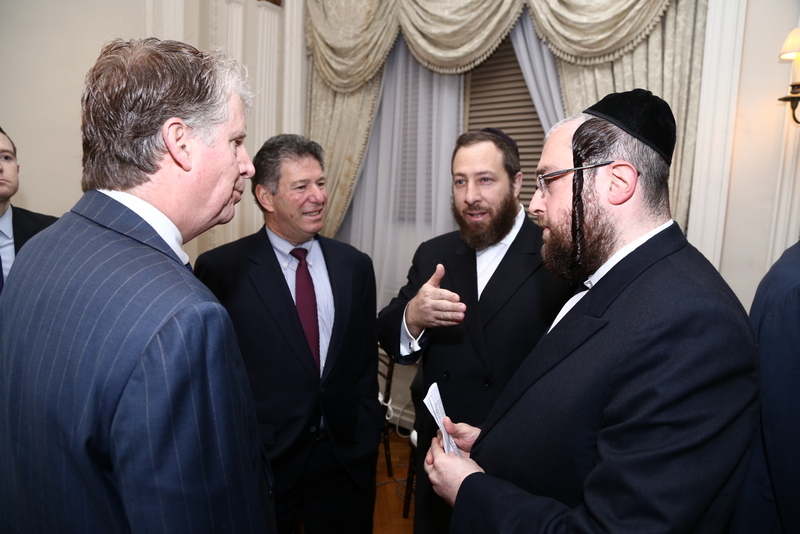 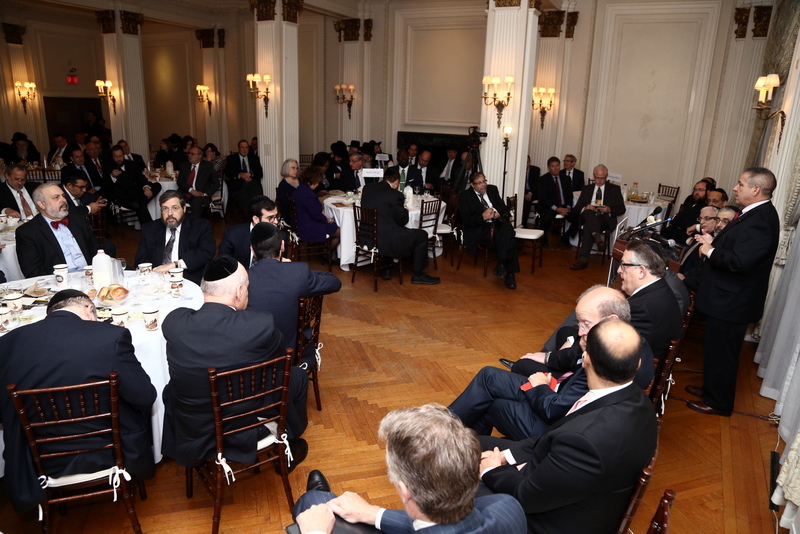 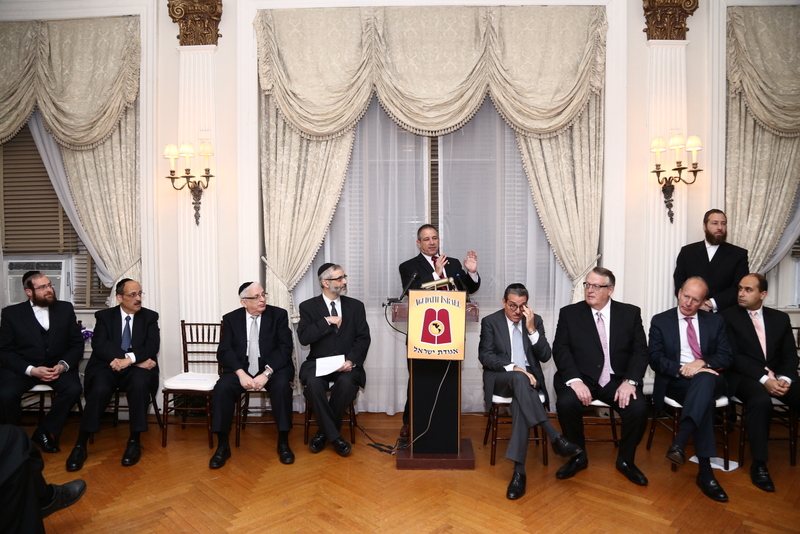