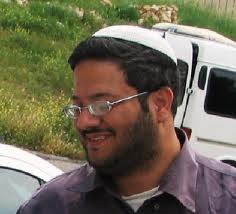 Prominent right-wing activist and Honenu attorney Itamar Ben-Givir responds to remarks made by Shas party leader Aryeh Deri on Jews visiting Har Habayis. “Deri is responsible for the bloodshed of thousands of Jews. How dare he speak!”

Deri told Channel 2 News that increased Jewish efforts to visit and daven on Har Habayis are leading to bloodshed and the recent increase in Arab violence and terror attacks. Deri equates visiting Har Habayis with eating on Yom Kippur, warning of prohibitions against visiting the holy site.

“Deri, who brought us the Oslo Agreements is responsible for the bloodshed of thousands of Jews” stated Ben-Givir. “To this very day we are suffering the consequences of his actions. Certainly he does not have the right to preach to others regarding Jews ascending to Har Habayis”.

“It is true there are rabbonim who hold doing so is forbidden. However it is clear to all that enemies should not be granted entry. This is a halacha that no one disagrees with. It is unclear just how Deri, who brought us Oslo, and is responsible for the agreement that led to so much bloodshed of thousands of Jews, has no right to speak, not to mention pointing an accusing figure at righteous Jews”.

Ben-Givir explains that Deri’s decision to abstain in the vote permitted the Oslo Agreement to pass in Knesset. “We will not forget of forgive Aryeh Deri and the truth is that in recent years, he gives the impression that he understands and in a series of interviews prior to the elections Deri tried to give the impression he cut right, but Deri remains Deri. Prior to elections he is always right-wing and afterwards, back to the left. In essence his only strength is to connect to the left-wing. This is who he was in the past and will remain in the future” Ben-Givir added.

“It is amusing that Deri speaks of one transgression or another, and that he has now undertaken responsibility for HKBH’s dealings, and certainly when he equates between those visiting Har Habayis and one who eats on Yom Kippur. It is unfortunate that in the same interview he was not asked if one who gives away portions of the Homeland and gives weapons to terrorists is comparable to one who eats on Yom Kippur. Or perhaps one who was convicted of bribery is comparable to one who eats on Yom Kippur” continues Ben-Givir. “Deri committed all of these transgressions and one would expect he would sit back quietly and do real teshuvah for his transgressions and not revert to be the old Aryeh Deri – the lover of the left-wingers and terrorists from Tunisia,” he concluded.