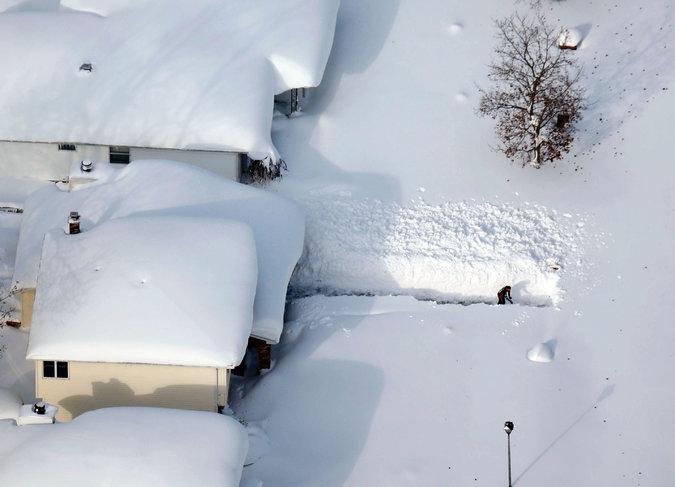 A massive lake-effect snowstorm that’s been pounding the Buffalo area is being blamed for an eighth death.

Erie County officials announced the death Thursday morning, saying a man in his 60s was stricken a day earlier while using a snow blower. The news comes as a new blast of snow was moving through western New York.

Authorities say seven people in Erie County and one person in neighboring Genesee County have died since the storm began Tuesday. Most have had heart attacks.

The southern section of Buffalo and its suburbs have already been buried under as much as 5 1/2 feet of snow. Some areas may see up to 3 feet more by late Thursday.