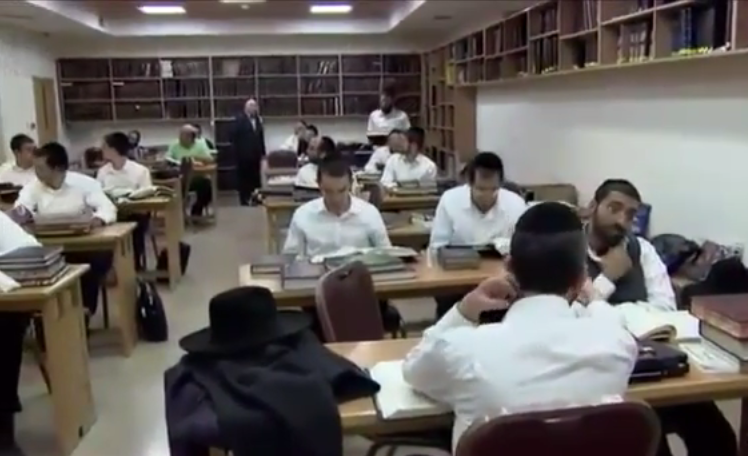 ABC News on Wednesday visited Kehillas Bnei Torah, located at 5 Agassi Street in Har Nof, where on Tuesday morning two terrorists killed 5 people in cold blood. 4 Kedoshim were murdered while they were Davening Shacharis, and one hero Israeli [Druze] police officer – one of the Chasidei Umos HaOlam – as he tried to kill the terrorists.

The Shul, led by its mora d’asra HaRav Yitzchak Mordechai Rubin Shlita, the mechaber of the sefer Orchos Shabbos, was back in business, as people were back at their Gemaras, and the sound of Torah being learned filled the room.

ABC also interviewed one of the members of the Shul, who describes the scene of the attack.