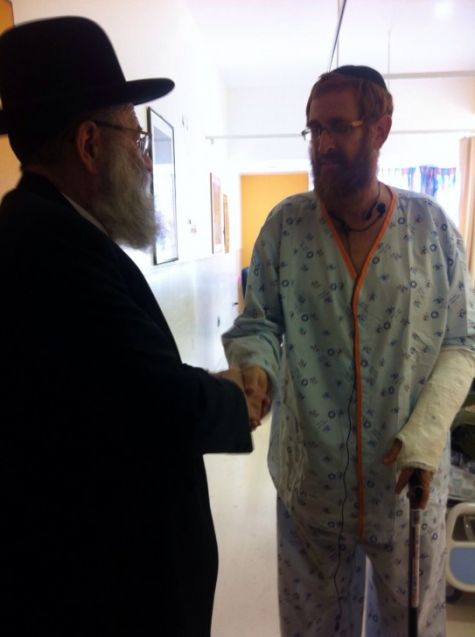 Glick was shot four times at point blank range by a lone terrorist was arrived in the hospital in critical condition.

The rav was emotional to see Glick standing unassisted, and he spent some time with him during which he learned some of the details of the terror attack.