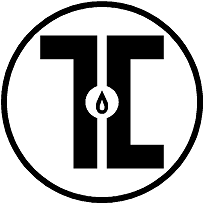 “At this event we will pay tribute to our most worthy musmachim, whose exemplary commitment to Torah, avodah and gemilus chassadim has enabled them to reach this celebrated milestone,” said Rabbi Yonason Sacks, Rosh HaYeshiva of the Beis Medrash L’Talmud. “We take great pride in their erudition and commitment to Klal Yisrael.”

The smicha program at the Beis Medrash L’Talmud immerses students in sugyos hashas and deepens their understanding of Halacha, while providing the practical education necessary for success in chinuch and rabbonus. This is LCM’s second Chag HaSmicha. The first was held in 2010.

“These young musmachim will enrich Jewish life across the United States, many assuming positions as mechanchim and rabbanim,” said Dr. Moshe Sokol, dean of LCM. “Others will pursue careers in a variety of fields, but they will continue to learn and teach Torah, and provide the broadly educated and deeply knowledgeable and passionate leadership our community needs and deserves.”

In acknowledgement of his numerous accomplishments in spreading Torah, Rabbi Shmulewitz is being presented with the Harbotzas Torah Award. In addition to his responsibilities as menahel, Rabbi Shmulewitz also delivers a daily shiur. He studies under his uncle, the famed Rabbi Chaim Shmulewitz, at the Mir yeshiva in Jerusalem, and at the Kollel Beis Yosef in Brooklyn, and has had a distinguished career teaching in Jewish schools in Philadelphia, Atlanta, Long Island and Brooklyn, before joining the staff of LCM.

“Rabbi Shmulewitz is a master educator, whose dedication and warmth inspire his many devoted students,” said Rabbi Sacks.

Rabbi and Mrs. Michael Hasten will be honored as the Parents of the Year for their steadfast commitment to Lander College and to all of Touro. They have six children and their son, Yonatan, is currently studying business at LCM. A pillar of the Indiana Jewish community and an accomplished talmid chacham, Rabbi Hasten established the Rabbi Naftali Riff Yeshiva High School in Indianapolis in 2008. For three years he traveled 1,400 miles each week, commuting between Indiana and New York while he was working toward his masters in Jewish studies at the Touro College Graduate School of Jewish Studies, and simultaneously teaching at the Lander College for Women-The Anna Ruth and Mark Hasten School. Rabbi Hasten is the son of Dr. Mark Hasten, chairman of the Touro College Board of Trustees and its Board of Overseers for over two decades.

The Milgraum brothers, who grew up in Edison, NJ and have three other siblings, are the LCM Alumni of the Year. All four were very active and accomplished at LCM: Koby was presented with the Talmud Award his senior year; Meir, who remained in the Kew Gardens Hills area after graduating before moving to Hillside, NJ last year, is very active in alumni events and his wife, Natanya, is a Touro alumna; Elchanan appears annually for the LCM Accounting Society to discuss his career and currently serves on the LCM Alumni Executive Board as vice president; and Micha, the youngest member of the Milgraum family, served as the vice president of the LCM student government and upon graduating received the College Service Award.

About the Touro College and University System

Touro is a system of non-profit institutions of higher and professional education. Touro College was chartered in 1970 primarily to enrich the Jewish heritage, and to serve the larger American and global community. Approximately 19,000 students are currently enrolled in its various schools and divisions. Touro College has branch campuses, locations and instructional sites in the New York area, as well as branch campuses and programs in Berlin, Jerusalem, Moscow, Paris and Florida. New York Medical College, Touro University California and its Nevada branch campus, as well as Touro University Worldwide and its Touro College Los Angeles division are separately accredited institutions within the Touro College and University System. For further information on Touro College, please go to: http://www.touro.edu/news/.