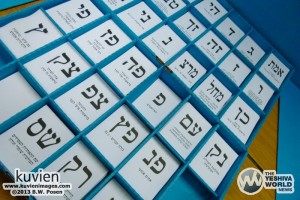 As the Shas Sephardi tzibur is split following the break from the Shas party by Eli Yishai, HaGaon HaRav Chaim Rebi Shlita, a prominent rav from the Holon/Bat Yam area has come out calling on his followers not to take part in the upcoming elections. The rav is a prominent figure in those cities and following Yishai’s announcing a new party, Rabbi Rebi calls on his talmidim and families who look to him for guidance not to vote in the elections.

The rav explains in a shiur that on the one hand, “Rav Aryeh was appointed by Maran”, referring to Maran HaGaon HaRav Ovadia Yosef ZT”L. “On the other hand, Rav Eli is backed by prominent rabbonim and roshei yeshiva as well”. Hence. If one votes for either candidate one is acting contrary to some prominent rabbonim and talmidei chachamim, explaining “I will not go against talmidei chachamim and gedolei yisrael”.

Rav Rebi continued that voting for Yahadut Hatorah is not a viable solution for doing so is also contrary to the Sephardi rabbonim. Hence, he feels not voting is the proper way to conduct oneself in the upcoming elections. He added that one should be aware that HaGaon HaRav Meir Mazuz Shlita, Rosh Yeshivat Kisei Rachamim “Is an outstanding talmid chacham and Gadol V’Kadosh”, seeking to drive home the point that Yishai’s is not just backed by regular rabbonim, but gedolim.

Rav Rebi added that he has spoken with a number of other rabbonim and they are in agreement, and they seem to feel one should not vote unless there is a psak halacha that all agree upon.

Another prominent Sephardi Rav/Mekubal who has instructed talmidim not to vote is HaGaon HaRav Binayahu Shmueli Shlita. He explains “I am a talmid of Rosh Yeshivat Porat Yosef HaGaon Rav Yehuda Tzadka and he was not connected to any party so I do the same”.

“When Rav Ovadia ZT”L ZY”A came and instructed me to speak here and there I did as requested. Now I am like Rav Tzadka, my rebbe, who was not affiliated to any party or elections” added Rav Shmueli.