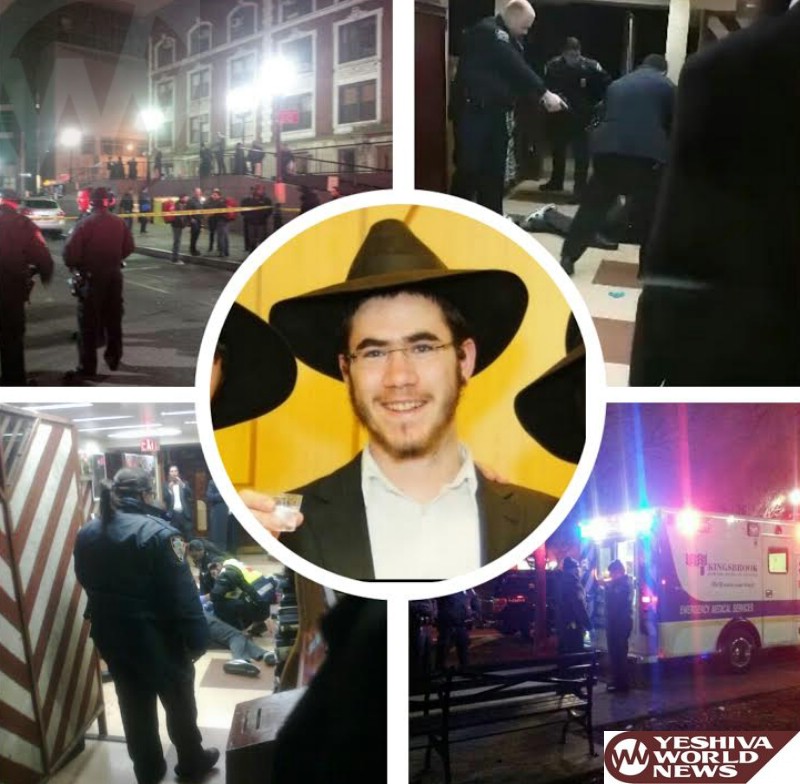 A Lubavitcher Yeshiva Bochur was released from the Bellevue Hospital Wednesday, about eight days after being stabbed by a man who was later shot and killed by police inside 770 Eastern parkway – Chabad World Headquarters.

Levi Rosenblatt was released from Bellevue Hospital Center after being treated successfully for a stab wound to the head, according to a news release.

“Mr. Rosenblatt suffered a knife injury to the blood vessels in an extremely sensitive area of his brain,” hospital chief of neurosurgery Dr. Paul Huang said in a news release. “Because of the resources available to us, as well as the experience and expertise of the nurses and physicians at Bellevue Hospital, we were able to deliver a very sophisticated level of care to this patient. He underwent a procedure to repair two blood vessels, which was successful. He has had an amazing recovery.”

“I have a lot of people from way back in the beginning to thank, above all, God and the Rebbe who provided his blessings,” he said in the release. “Thanks to the Hatzalah of Crown Heights volunteer ambulance service, the NYPD, the doctors and nurses here at Bellevue and at Kings County Hospital, my friends who stayed with me in my room around the clock, my family who came from Israel to be with me, and all the people all over the world who have prayed for me.”

The suspect – Calvin Peters, 49 – was shot and killed by police soon afterward.