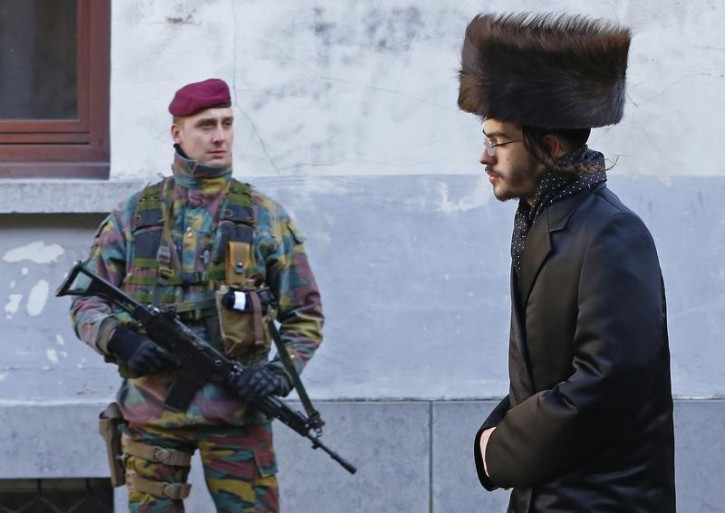 For the first time in some three decades, Belgian army forces are seen out in the streets, protecting Jewish institutions in that country. The army protection includes the Jewish Quarter of Antwerp as well as the United States and Israeli Embassies located in Brussels. NATO and EU installations will also be covered in the army’s protective mission as the nation works to thwart any and all planned terror attacks.

Belgian Defense Minister Steven Vandeput announced on Shabbos the nation’s terror alert stands at stage 3, the next to the highest level.

It appears two anti-terror raids carried out by forces in that country on Thursday, 24 Teves, prompted the heightened security. Two terrorists were killed in the anti-terror operations in which security forces targeted a Belgian Jihad cell from Syria. The Belgian media reports the cell receives its orders from commanders in either Greece of Turkey.