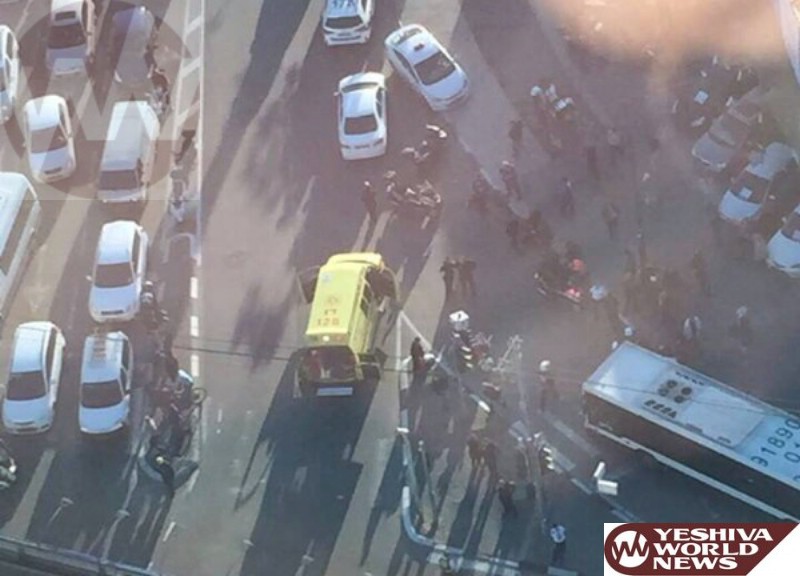 13:20: Haaretz military correspondent Gili Cohen reports the terrorist in custody told authorities he carried out the attack in response to Operation Protective Edge, events on Har Habayis and to earn his share in the world to come.

12:42: The terrorist has been identified as Tulkarem resident 23-year-old Hamza Matrouk from PA Tulkarem.

11:02: The terrorist boarded the bus this morning at the old central bus station. He purchased the knife used in the attack in a PA autonomous area.

10:16: Following the stabbing attack on a bus this morning, Israel Police is raising the alert level nationwide.

10:10: Channel 2 News reports that the terrorist used a very “long large knife” so he knew with each stroke he would cause serious injuries.

Magen David Adom blood bank officials report 80 units of blood have already been used in treating the victims of the stabbing attack.

Natan, a friend and colleague of the bus driver explains “He called me at 7:27 this morning. I thought it was a routine call like how are you or something like that but he shouted ‘there are passengers stabbed on the bus. I was stabbed in my upper torso too. I am seriously hurt. There is a terrorist on the bus. Please, please, if anything happened to me take care of my children and the family’. I was shocked. The phone remained open and I heard the shouting. He remained conscious the entire time”.

10:07: There are a total of 19 wounded at this time. The wounded were transported to Ichilov and Tel Hashomer Hospitals. It is now reported that there are four victims in serious condition, including the bus driver who has injuries to his neck and liver. Four other victims are listed in moderate condition, 5 light and the remainder are being treated for hysteria.

A niece of the driver, who is waiting with the family at Ichilov Hospital, reports “He knew he was at risk. He always told us the bus drivers are on the front line”.

08:35: officials in Ichilov and Tel Hashomer Hospitals report a total of six people are now listed in serious and critical condition. Five or six others are listed in moderate condition and the remainder are listed as light. Most of the serious stab wounds are in the upper torso and neck area.

8:33: Ichud Hatzalah EMT Aaron Klein, one of the first on the scene, reports “When I arrived I saw the bus driver and two passengers in the front of the bus. They had been stabbed in their upper body. There were others with wounds as well, as some people were hysterical. I began treating them. They were all conscious. Police and other EMS units arrived and ambulances evacuated them to area hospitals.

08:25: The 22-year-old Tulkarem resident was inside “Israel proper” illegally and appears he was in “Israel proper” for a number of days until he decided to perpetrate the attack.

Most of the victims were transported to Ichilov Hospital while others were taken to Tel Hashomer Hospital. Ichilov officials report there are four victims in serious condition at present, not three as was reported earlier. Five victims are listed in moderate condition and the remainder light. The terrorist was transported to Wolfson Hospital in Holon.

08:20: Appears the attacker is a PA (Palestinian Authority) resident from Tulkarem.

Eyewitnesses report at first, the attacker targeted the driver and while they were fighting the bus veered out of control.

08:13: An Israel Prison Authority Nachshon Unit vehicle in the area saw what was taking place and some of the officers acted and neutralized the fleeing terrorist by firing at him, striking him in a leg.

Police update via Twitter: 2 victims in serious condition, 3 moderate-to-serious and 4 light. Police state this is not a final number as there appears to be some injured from the bus losing control and hysteria victims too.

Tel Aviv Police Chief Bentzi Sau reports the bus driver resisted and tried fighting off the attacker. Sau added the Nachshon unit team performed in an exemplary fashion, as did the driver. The ISA (Israel Security Agency – Shin Bet) is already involved, trying to determine if the attacker acted on his own or if this was a planned attack with the backing or a terror organization.

Magen David Adom reports there are 9 victims with stab wounds.

08:01: The bus, a Dan Company number 40 travels between Bat Yam and N. Tel Aviv. Police are working to determine where the attacker boarded the bus. The lone attacker got on the bus and began stabbing passengers at about 7:30AM. This bus was heading in the direction of N. Tel Aviv.

When the driver lost control of the bus the attacker fled. He was shot in a leg and lightly wounded and taken into custody.

Two of the victims are in serious condition and there appears to be five others in light and moderate condition.

07:48: Police have apprehended the attacker, who was shot in a leg. He tried to flee and was apprehended on HaMasger Street in Tel Aviv.

The two victims in serious condition have been transported to Ichilov Hospital. There are conflicting reports as to the number of wounded. The number appears to be about 10.

Channel 2 is reporting it appears that in the mayhem the driver lost control and struck an object and some passengers may have been injured as a result. Some of the victims are in moderate condition and the remainder light.

07:42: A terrorist on Wednesday morning, Rosh Chodesh Shevat, stabbed a number of people on a Dan number 40 bus near Maariv Bridge in Tel Aviv. At least two people are reported in serious condition. more to follow. 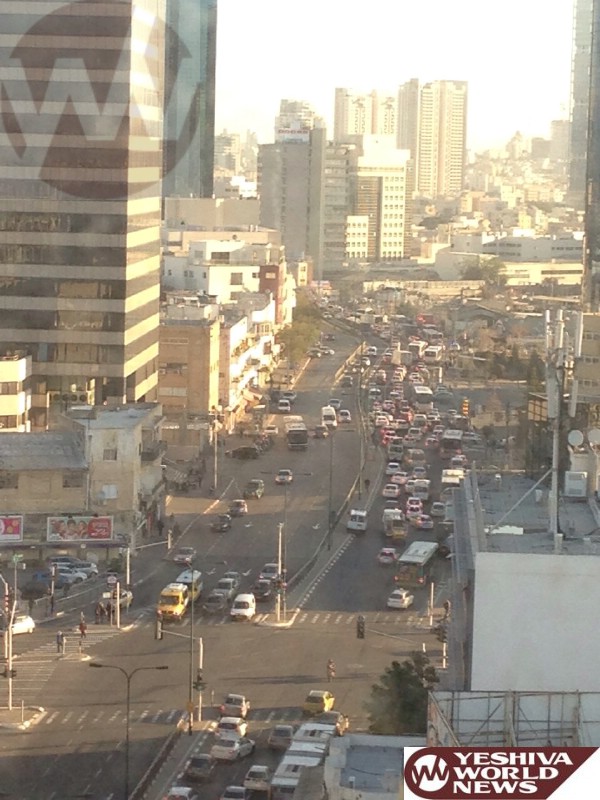 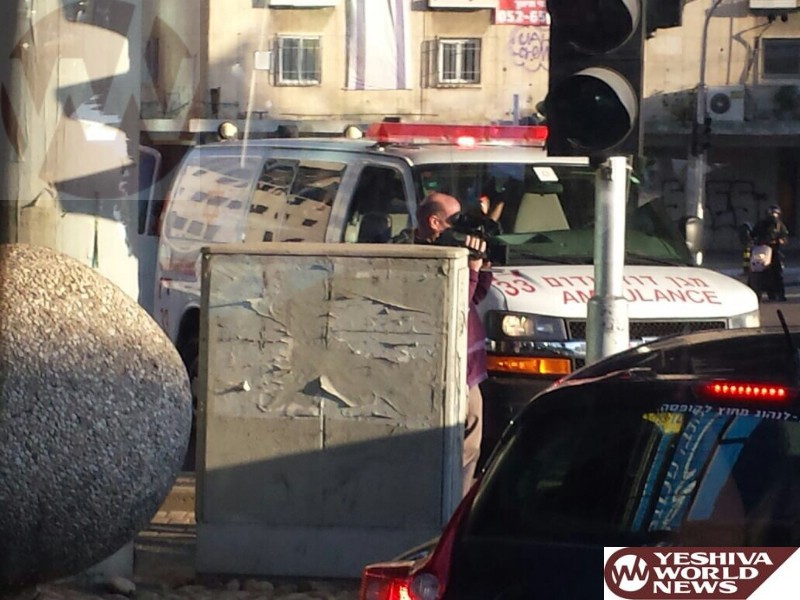 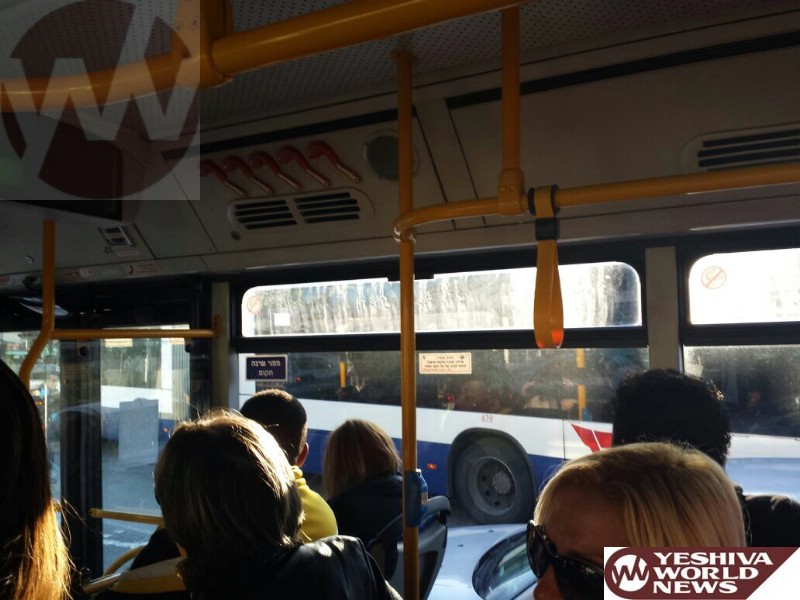 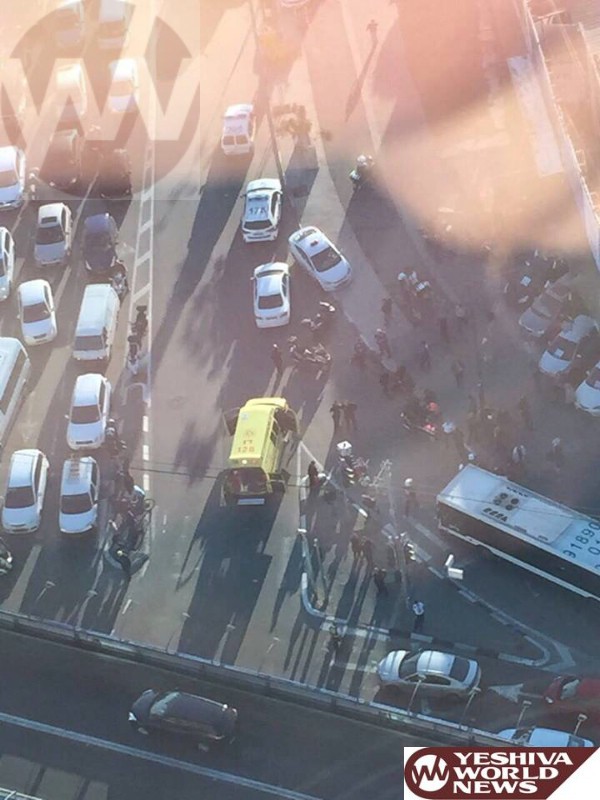 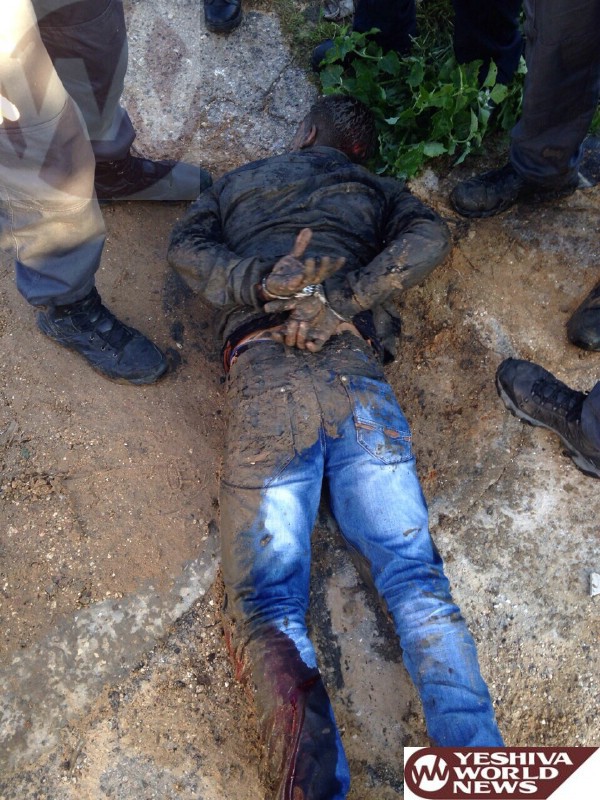