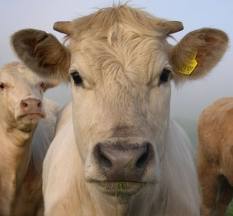 that they are supporting the campaign to ban non stun slaughter, Shimon Cohen the Campaign Director of Shechita UK, has released the following statement:

“Citing weak, agenda led science, UKIP has become the first major political party in the UK to call for a ban on religious slaughter. This latest move is opportunistic and a disappointing shift from UKIP’s previous position, when both Nigel Farage and Stuart Agnew publicly advocated their support for Shechita.

UKIP’s new assertion that “[mechanical] pre stunning before religious ritual slaughter is fully compatible with all world religions,” is plain nonsense. The Jewish community does not permit any of the industrialised mechanical stunning methods used in factory slaughter.

By joining the campaign to prioritise “animal welfare” over the rights and beliefs of the UK’s faith communities UKIP has returned to the fringes of mainstream politics.”