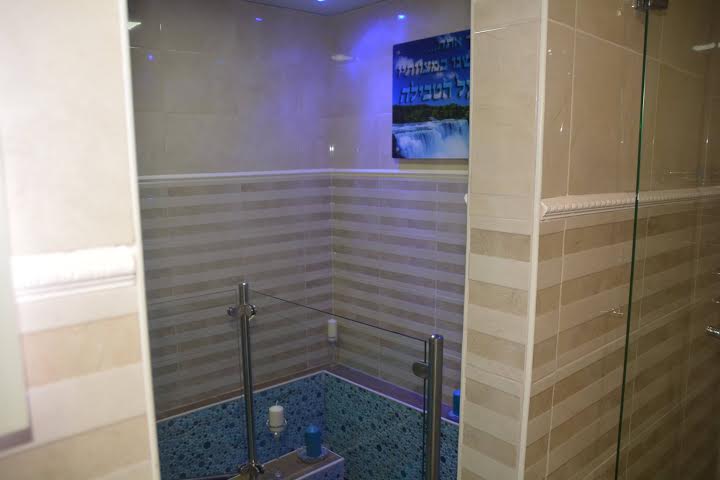 A ceremony was held to affix a mezuzah to the newly-renovated mikve in the Kinar Hotel in the Kinneret region. Taking part in the ceremony were the Chief Rabbi of the Golan Heights Rabbi Yishai Samuel. It is reported that hundreds of thousands of shekels were spent to refurbish the hotel mikve.

Rabbi Samuel inspected the mikve to make certain it was helically ready for use and that the stringencies that were insisted upon were carried out as expected. Hotel officials report newly refurbished mikve is elegant and conforms with high standards to meet the expectation of guests.

The dedication included words on Gorgiya bas Masuda a”h, for whom the new mikve is dedicated after.

Hotel officials point out that in the coming days, construction on the new men’s mikve will be completed as well.